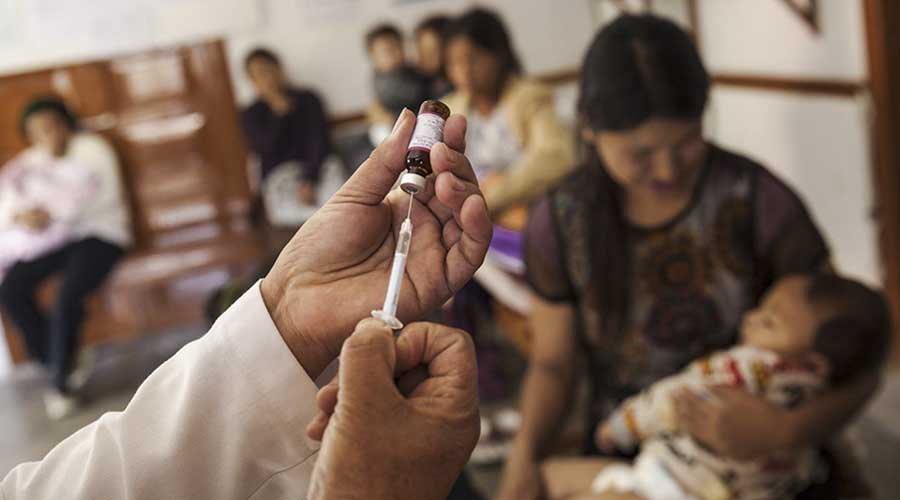 According to the WHO, the Covid pandemic has largely disrupted the measles vaccination efforts in South-East Asia. However, the health ministry says the damage in the country has been minimal. This is because immunization programmes continued despite several lockdowns in the country. 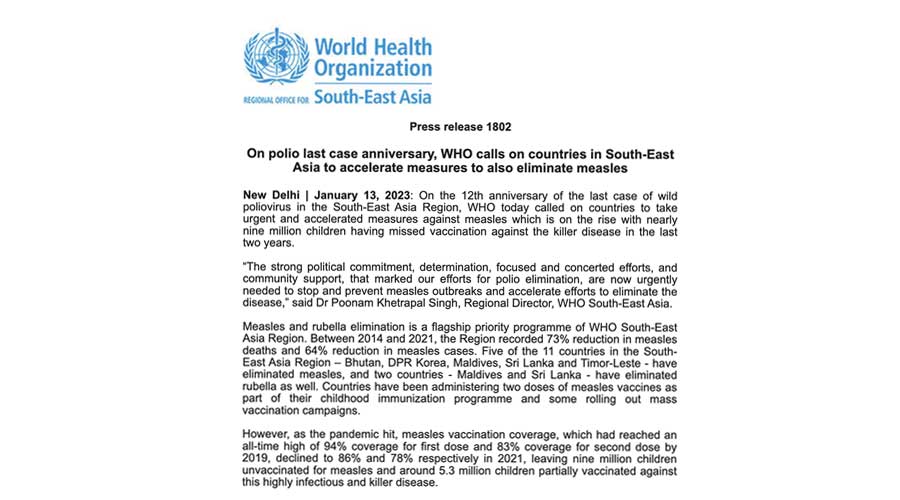 The World Health Organization has recently called on the countries in the region to accelerate urgent measures against measles. Nearly nine million children in South-East Asia missed their measles vaccines because of the pandemic.

Measles is a highly contagious disease which is one of the main causes of death among young children worldwide. This is despite the availability of a safe and effective vaccine.

In Bhutan, these vaccines are administered in two doses as a part of the childhood immunization programme.

“The immunizations were carried out even during the lockdowns. If a child could not be vaccinated this month on the scheduled date, we made sure the child receives the vaccination the next month. We have a small population and this is also an advantage,” said Tashi Dawa, the Deputy Chief Programme Officer at the Health Ministry. “Also, there were cases where other countries ran out of such vaccines, but we had enough.”

Bhutan is among the five countries in the region to have eliminated measles. But health experts claim there is always the risk of its emergence.

“There is every possibility of the disease reemerging in Bhutan. One of the main strategies to prevent this is vaccination. We should always maintain the vaccine coverage at above 90 per cent,” said Tashi Dawa. “And if our neighbouring countries report an outbreak of the disease, we have the supplemental immunization activity programme which involves vaccination in the bordering areas.”

The WHO’s Regional Director for South-East Asia, Dr Poonam Khetrapal Singh, has stated that the decline in vaccine coverage and other challenges caused by COVID-19 leaves the region susceptible to large outbreaks. She added it has also put the region off track for the 2023 target of measles and rubella elimination.

Provisional reports with the WHO show that the region recorded more than 20,000 cases last year. There were less than 7,000 cases in 2021.