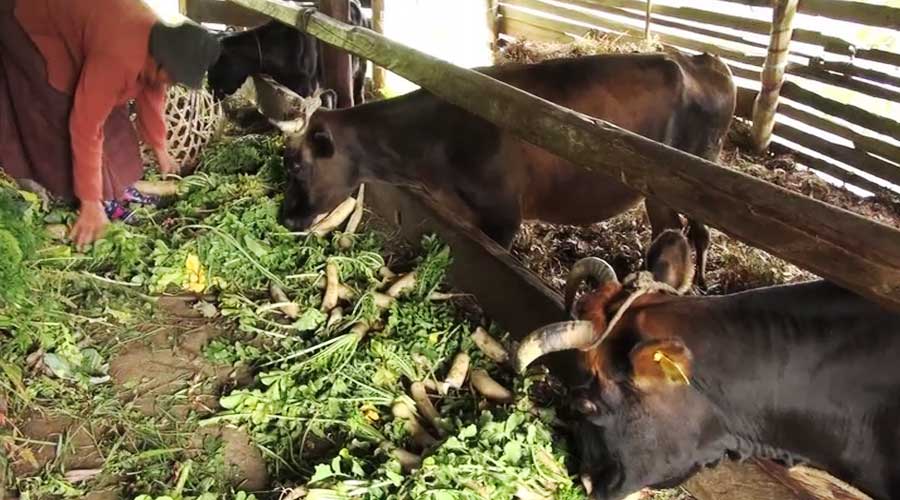 Farmers of Lingzhi chiwog at Naja Gewog in Paro are struggling to find a market for their farm produce since the pandemic hit the country. Today, they are feeding the vegetables to their cattle as they could not sell them.

60-year-old Narim from Lingzhi has grown vegetables such as cabbage, carrot, radish and potato on four acres of land. But she could sell only a few sacks earning just a few thousand.

A few years ago, she used to earn more than Nu 200,000 as they sell it directly to the Indian dealers in Phuentshogling.

Today, without a market, vegetables have become cattle feed.

“We are not able to sell our produce. If we take it to Thimphu, there are many farmers like us who are not able to sell the vegetables. My daughter took four sacks of cabbage to Thimphu yesterday. But she was calling me saying there is no buyer. She is bringing it back. For a sack of cabbage, which weighs over 20 kilograms, wholesale buyers are paying us only Nu 300. This doesn’t even cover the transportation cost only considering the bad road condition,” said Narim. 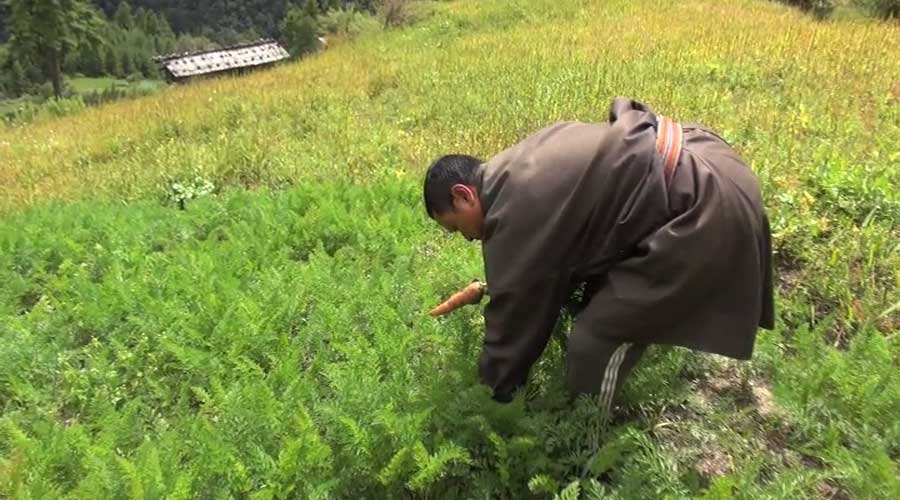 She is not the only one who is facing such a problem.

“In the past, youth used to collect our vegetables, especially potatoes and take them to Phuentshogling. However, no one is interested to do so now as they are unable to sell to their counterparts across the border. The buyers from across the borders didn’t want to buy from us as they get it at a much cheaper rate from the FCB,” said Kado Tshering, farmer.

“A few days ago, we couldn’t sell our vegetables so we gave them to monasteries. Many vegetables are rotting in the fields. We have discussed among ourselves to approach relevant stakeholders as well. If the problem continues, we will be in big trouble,” said Wangdi, another farmer.

The farmers said selling the vegetables to FCB is a loss. Gewog officials added the farmers are unable to fetch a good price from FCB as people rush to the auction yard at once leading to a drop in price.

On the other hand, officials from the FCB in the Phuentshogling auction yard said the vegetable price fluctuates according to the demand and supply.

According to gewog officials, every year, Naja Gewog produces over 1,500 truckloads of vegetables mostly potatoes.