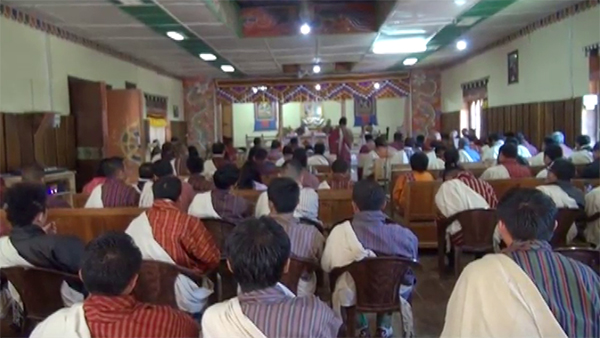 Local leaders in Monggar propose for a motorable bridge over Drangmechu to promote trade and transport in the eastern region. The issue was raised during the recent Dzongkhag Tshogdu.

They said the proposed bridge would substitute the old suspension bridge that currently connects Kengkhar Gewog in Monggar to Shumar Gewog in Pema Gatshel.

The Kengkhar Gup Pema Chedrup said the bridge would also shorten the distance to Pema Gatshel by almost 100 kilometres. “Since the early days, Gudama has been the main route for the people of Monggar to do business in Samdrup Jongkhar. So if a motorable bridge over Drangmechu is being constructed, it would not only benefit the people of Kengkhar and Jurmed in particular but also benefit the nearby gewogs. It would also help the residents of Lhuentse by shortening the journey while travelling to Samdrup Jongkhar.”

He also added that construction of the bridge is beyond the capacity of gewog and it needs support from dzongkhag and central government.

The local residents of Kengkhar said the bridge would help the community in marketing their traditional handicrafts like masks, palang and altar.

“We have many farmers doing farming and craft works. The bridge would promote our handicraft business. Without a bridge, we have to travel to Samdrup Jongkhar via Gyalposhing-Nganglam highway from India which is not convenient,” said Sangay Wangchuk, a resident.

Similarly, the need for the motorable bridge over Drangmechhu was also proposed in the DT meeting of Pema Gatshel. Local leaders and residents of Shumar Gewog in Pema Gatshel said the bridge would benefit both the dzongkhags.

Local leaders resolved to propose it during the midterm review of the 12th five-year plan and then submit the proposal to the central government.