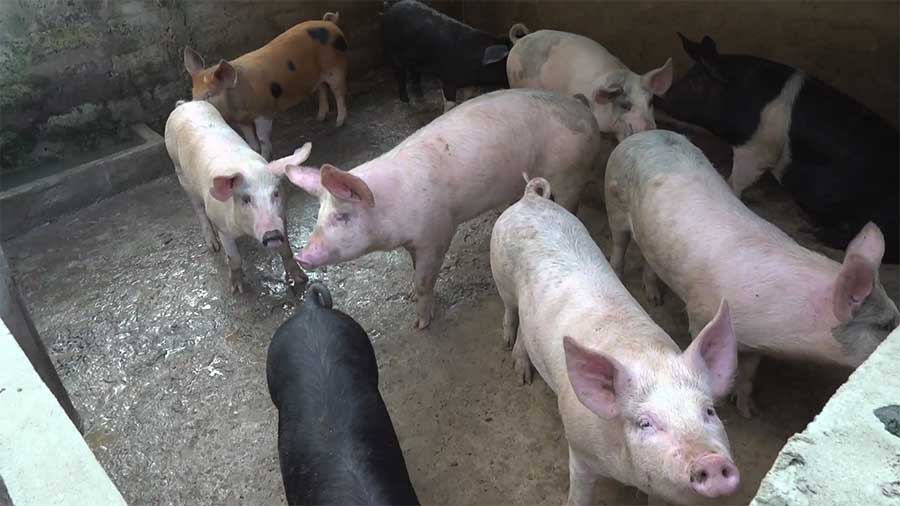 The outbreak of African Swine Fever, a highly contagious viral disease of pigs, has been reported in Sarpang killing pigs and affecting several piggery farms in the district. To improve prevention and control on the farm and community level, some of the districts with a high number of piggery farms have started sensitising. In Wangdue Phodrang, livestock and the Bhutan Agriculture and Food Regulatory Authority officials are regularly creating awareness of the preventive measures. 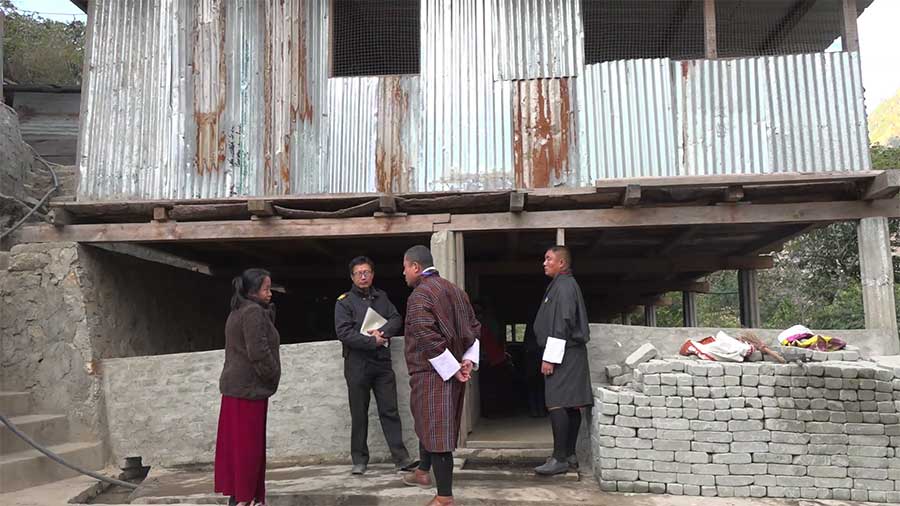 The officials have been going around sensitising piggery farm owners and inspecting the management of farms in the district.

According to the officials, the disease is spread through contact between pigs, contaminated pig products, feeding pigs with kitchen wastes contaminated with pork products, and through the movement of contaminated personnel and farm equipment.

As of now, there is no vaccine or effective treatment available for African Swine Fever.

Although the viral disease does not affect human health, it can cause catastrophic socio-economic consequences for pig farm owners.

“The disease has emerged mainly in Sarpang and Gelephu in the country. With a countless number of vehicles travelling towards Wangdue, Punakha and Thimphu every day from the affected places, there is a high risk of spreading the disease. Hence, we decided to sensitise the piggery farm owners here,” said Ugyen, the District Livestock Officer of Wangdue Phodrang.

Likewise, piggery farm owners are worried as it is one of their main income sources.

“We do not let people who come from far-flung places enter our farm after hearing about the disease. We are taking all the preventive and safety measures to discourage people from entering the farm so that the risk is minimised,” said Maiti Tamang, a Piggery Farm Owner.

“We are extremely worried about the disease. We are concerned if we lose our pigs to the disease, it will incur a huge loss. I am also really scared about what’s in store for us if the disease was to spread here and kill all the pigs here,” said Priti Maya Rai, another Piggery Farm Owner.

“We have started producing breeds from our farm now as the import will increase the risk of the disease here. There is a high possibility that we have to close down our farms if our pigs get African Swine Fever. We have around 27 pigs for breeding,” said Rinchen, an employee of one of the piggery farms.

According to the officials, preventive measures include maintaining cleanliness, disinfecting and refraining from importing live pigs, pork and pork products among others.

“We are inspecting whether they have maintained the outlet drainage system properly at their respective piggery farms. Another one is that we are asking the owners to maintain the hygiene in the farms to protect the pigs,” said Norbu Gyeltshen, BAFRA Inspector.

The office urges pig farm owners within the country to ensure kitchen wastes are properly cooked before feeding to the pigs and prevent domestic pigs from coming into contact with wild pigs.

Wangdue Phodrang has around 60 piggery farms including 35 mega-farms. The district produces around six to seven metric tons of pork every month.