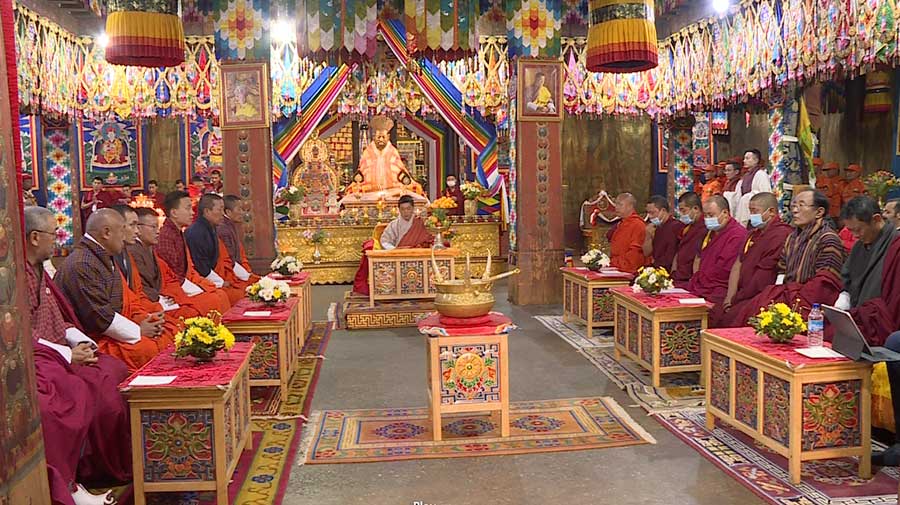 His Royal Highness Prince Jigyel Ugyen Wangchuck, Representative of His Majesty The King and the President of Bhutan Olympic Committee, has formally inaugurated the Trans Bhutan Trail. The inauguration ceremony was held at the historic Simtokha Dzong, today. The trail spans 403 kilometres across the country through nine Dzongkhags, 27 Gewogs, and two national parks. 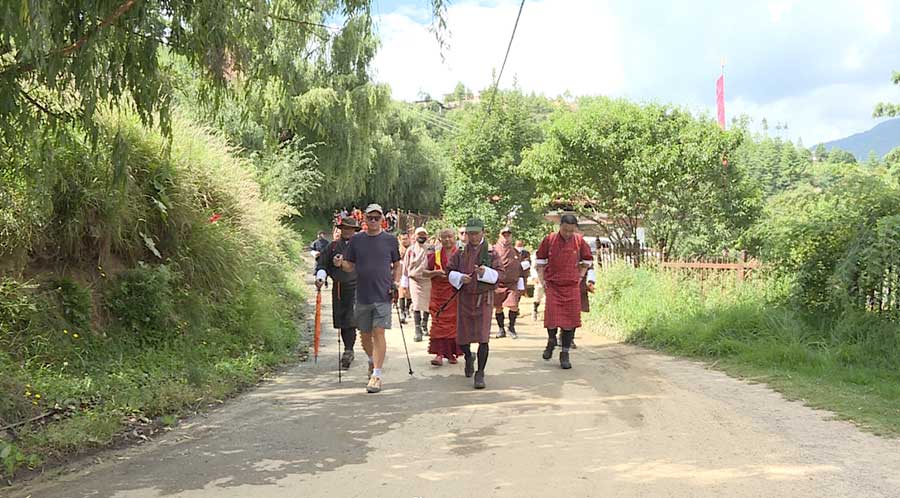 As part of the launch, the Prime Minister led a hike from Semtokha Dzong to Punakha, covering over 35 kilometres of the Trans Bhutan Trail section.

The restoration of the Trans Bhutan Trail was conceived by His Majesty The King to revive and promote Bhutan’s ancient trail, known as the Zhung Lam. The restoration was supported by the Bhutan Canada Foundation and its founder in partnership with the Tourism Council of Bhutan.

‘‘We wanted to restore the cultural assets here in Bhutan and to get the young people aware of the trail. We also wanted to promote economic development in rural areas and bring in international tourists as well as to support that,’’ said Sam Blyth, the Chairman of Bhutan Canada Foundation.

Over 900 individuals including De-suups, Scouts, tourism sector professionals, members of the village communities, and various government institutions and corporate agencies contributed to the effort.

The trail was once used by messengers who actually carry messages from district to district. It is considered an important symbol of national unity and a living cultural heritage 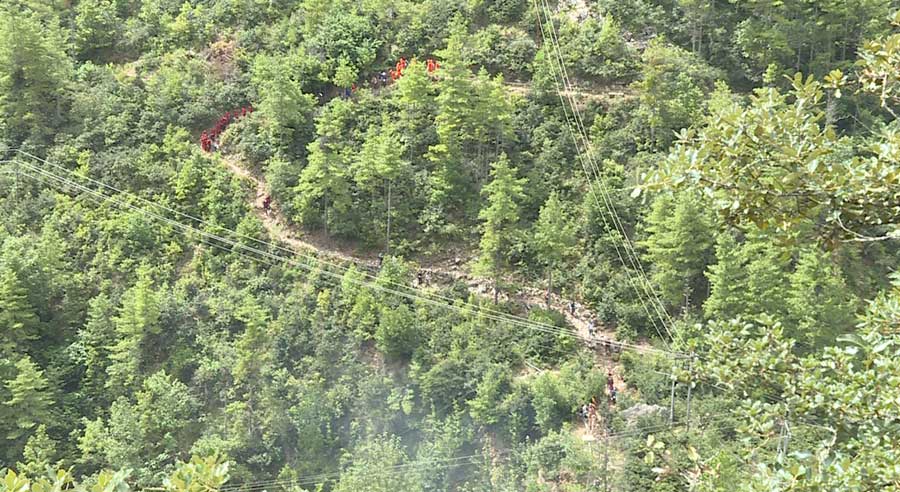 Besides the Trail is expected to contribute to the tourism sector. Recently, the trail was listed in TIME Magazine’s World’s Greatest Places to Visit in 2022 – highlighting unique travel destinations to visit across the globe. It has also won awards for sustainability and community engagement.

‘‘I think a lot of people from my home country, Germany would love this trial. Because it is very diverse and you learn a lot about the culture here. Because of the beautiful scenery, friendly people and the great food, I think it is a combination of everything,’’ said Florian Sanktjohanser, a Freelance Travel Writer from Germany.

According to officials, the Trail was revived to enhance the economic livelihood of communities starting from Haa to Trashigang.

‘‘It can be beneficial to the communities and also for youth in Bhutan. They can walk the trail and experience nature. It is more of experiential learning for the youth of Bhutan,’’ said the Sr. Project Director.

A group of 24 young Scouts are also hiking the entire length of the Trail – a feat that will take them 35 days. The Scout Walk will incorporate nature-based education experiences, develop leadership and teamwork skills, support local communities through voluntary activities, and contribute to nation-building.

The group of Scouts who have already covered about 200 kilometres will reach Trashigang by the mid of next month. They will continue their journey tomorrow from Chendebje to Tshangkha in Trongsa.

The Trans Bhutan Trail also launched its Membership Program, which contributes directly to the sustainability of the trail. There are two types of memberships – Institutional Membership and Individual Membership. Starting at only Nu 300 per person per year, the membership allows every Bhutanese and all friends of Bhutan to become stewards of this important cultural heritage. As a part of the membership program, all members will receive a TBT Trail Passport to document and log their trail exploration and adventures. It will help members track their journey in the footsteps of their ancestors across the nation.

Other benefits of membership include opportunities to plant trees along the trail, discounts on Trans Bhutan Trail partner locations and TBT merchandise, an invitation to all TBT events, and members-only hikes along the trail.

According to the Senior Project Director, “Trans Bhutan Trail is an important part of our history. It is a national symbol of unity, it is our cultural heritage and it belongs to every Bhutanese. The membership program is an opportunity for all citizens to take ownership of this ancestral trail.”