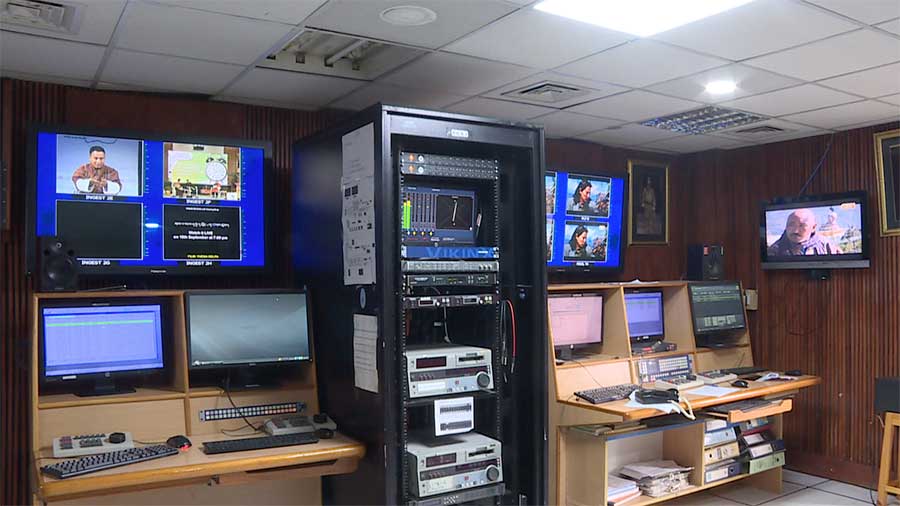 If you think that people seem to appear bigger than they really are on BBS TV, you are right. They do. And that’s because while your TV screen at home is HD capable, the BBS is still operating on SD, standard definition. But there is good news. The BBS is going HD, hopefully by early next year.

Some households are already enjoying HD-quality visuals and sound, today. The difference between watching BBS and other HD channels is apparent. It’s about picture quality. HD is clearer, SD grainy.

The BBS is probably the only broadcaster to broadcast on SD. But not for long.

With financial assistance of Nu 250 M from the Government of India, it has been working to upgrade from SD to HD.

“We proposed our requirement of upgrading broadcast equipment from SD to HD to the GNHC. They understood our requirement, and subsequently, the commission approached the Indian Embassy. I would say that the government of India was happy to help us in any way with the upgradation of our broadcast infrastructure,” said Thinley Dorji, the Project Manager of the HD Project.

“The present broadcast equipment has been used for more than fifteen years. It was installed in 2007, that was also funded by the Government of India,” the project manager added.

With everybody now having migrated to HD, the broadcast industry has stopped manufacturing SD equipment and parts. This means, for the BBS, it is a struggle, to keep its ageing broadcast equipment running, sourcing parts from discarded components. But this will all end, hopefully early next year when the BBS goes HD.

Then the viewing public will not only have a better, clearer picture, they will appear slimmer even in their heavy hand-woven Sersho ghos and kiras when they do appear on TV.

Reviving the culture of natural dyeing