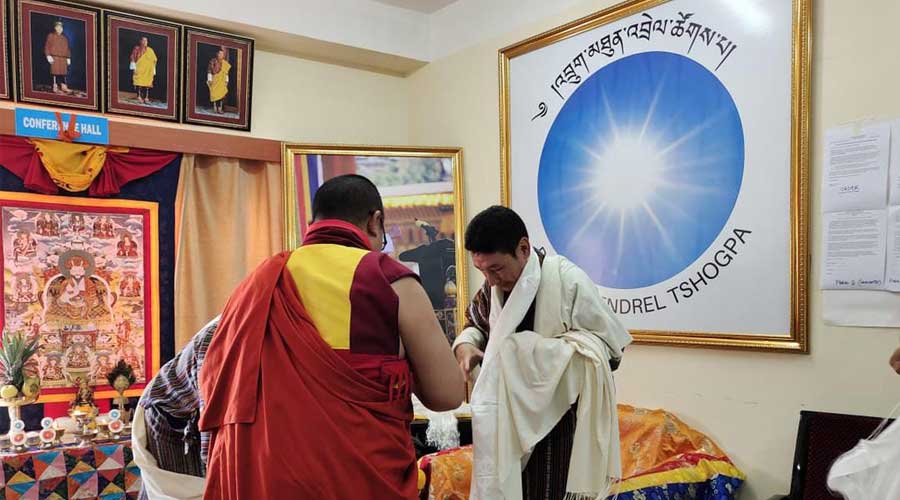 The former North Thimphu Member of Parliament from Druk Phuensum Tshogpa, Kinga Tshering is the President of the newly registered party.

The President says their manifestos and ideologies are in line with His Majesty’s address during last year’s National Day. He also said the party will be a value-based political party in pursuit of the Gross National Happiness values.

“I think the feeling is overwhelming. There is a great sense of accomplishment and joy but at the same time a big worry and anxiety because I think this is the trust as the ECB has always maintained the highest standards in verifying the documents. Once the Thuendrel Tshogpa is approved, the chartered and all the documentation don’t belong to Thuendrel Tshogpa alone, this belongs to the whole of the nation. So, this is overwhelming but at the same time, we also feel the responsibility and the burden that we are bearing,” said the Party President.

Meanwhile, Chenga Tshering from the Thrimshing constituency in Trashigang is the vice president of the Party. According to him, the party will seek guidance from the ECB officials on the familiarization tour of the country it wishes to embark on soon.

The Party as of now has confirmed about 30 candidates. There are 12 female candidates.

Druk Thuendrel Tshogpa submitted its application for registration to the ECB in May this year.