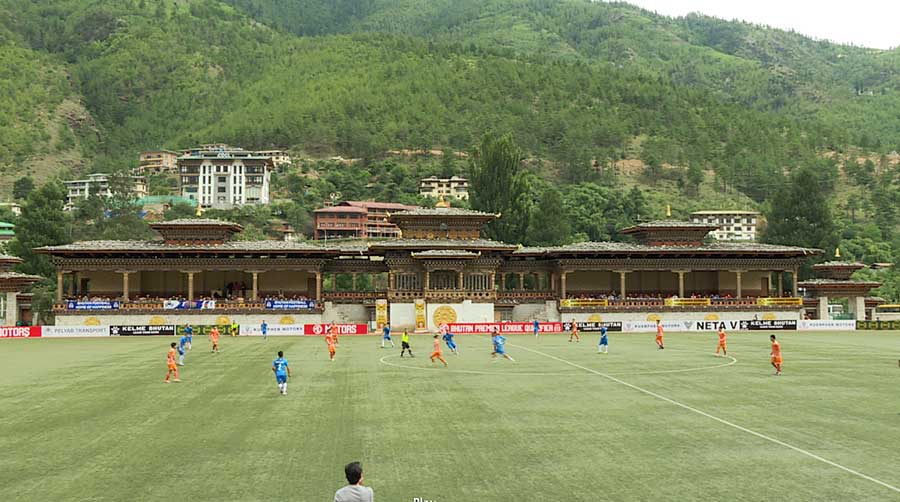 The first-ever Bhutan Higher Secondary School Championship kicked off today at the Changlimithang stadium. Renewing their old rivalry, Yangchenphug HSS took on Motithang HSS, thrashing the latter 7 to 1 in the opening match. Thousands of students and spectators almost filled the stadium to witness the incredible match. More than 70 schools from across the country will play for the prestigious title in over four months.

Football is slowly becoming a career option for the youth. With well-established clubs and the first Football Academy started in the country, the future is bright for talented footballers. The sport is also considered to help players lead an active and healthy lifestyle.

To this effect, the Bhutan Football Federation (BFF) in collaboration with the Education Ministry decided to organize this nationwide school championship. According to Phuntsho Wangdi, the Head of Media and Marketing at the BFF, high schools provide better platforms to scout for better players.

“This is to revive football and bring football back to the schooling culture. We expect interest from students, schools, and the Education Ministry. I hope that this momentum carries on,” he added.

Yangchenphug High School squad started off strong scoring five back-to-back goals in the first half of the game. They added two more in the second half. Meanwhile, Motithang High School could only score a goal, saving the team from utter humiliation. Apart from the game, it was also a pleasant gathering for students, friends and families who came to witness the match.

“Sporting activity such as this indicates something special because we want to showcase that our school excels at everything. We also want to win but like right now, it doesn’t always work our way,” said a student of Motithang HSS, Tenzin Wangyel.

Similarly, Ugyen Pelden of Motithang HSS who was also present to support her school said she feels lucky to be able to partake in the match. “Despite our school not doing very well, we are all coming together, we are cheering and we are not losing hope. I feel it is really about the experience and the team spirit that we have,” she added. 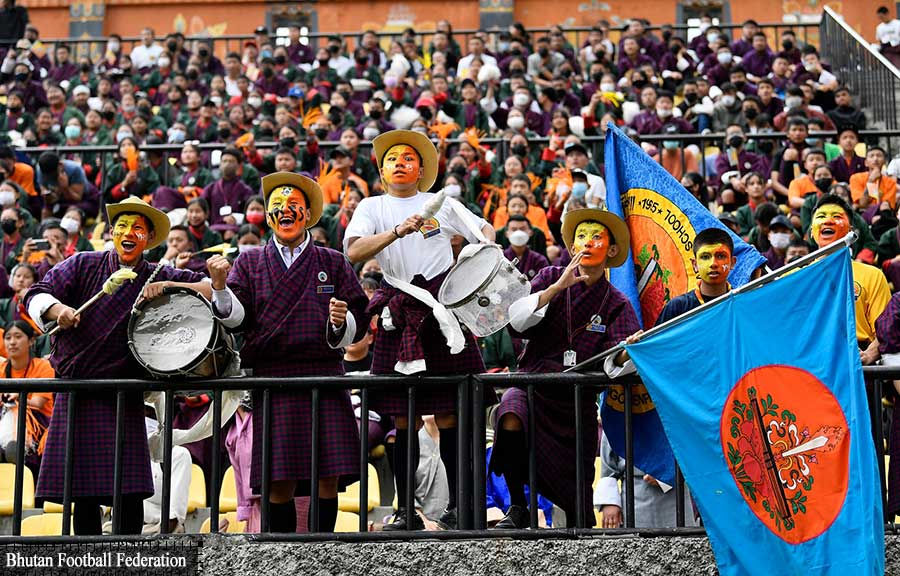 But the excitement at the other end is quite different. Witnessing the triumph of his school, Tashi Tobden of Yangchenphug HSS has his face painted and is ‘hyped’, in his own words, cheering his school.

“I am very happy and excited to be here today at the opening of the High school championship. I never knew our school team would perform this well. As we are watching the game, I could see potential in our players and our school is already one of the best in the country. I have very high hopes,” he said.

“To see our school teachers and all showing support to such sporting event is very great. I am very proud of my school team’s performance. It is really great to see our team winning and see our pride and joy of school going up,” added Kinley Tenzin of the same school.

The schools will first compete in their respective districts and then head to the regional competition. All in all, such a championship at the grassroots level is expected to enhance the quality of youth football in a professional manner.

The Bhutan Higher Secondary School Championship was initially planned for 2021. It was in preparation for the first-ever South Asian Football Federation (SAFF) High School Championship Bhutan was to host last year. However, the plan was cancelled after the global pandemic.