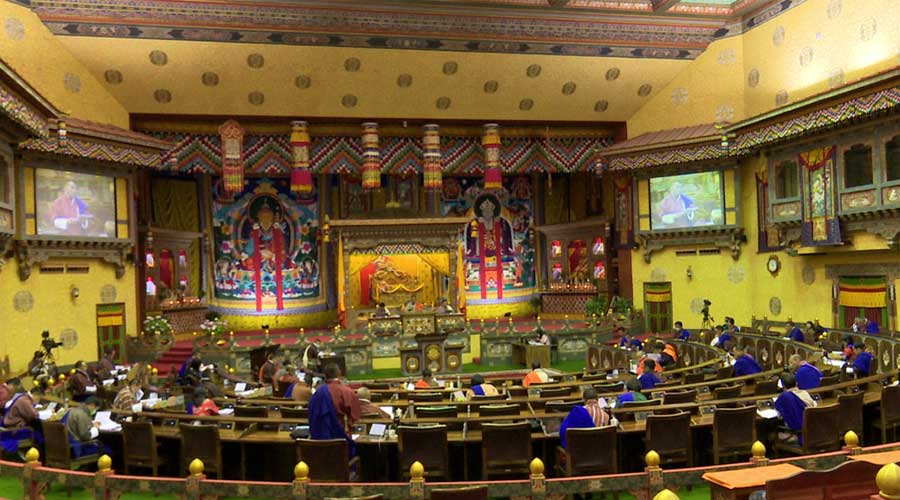 The Finance Minister introduced the Tourism Levy Bill in the National Assembly today. The Bill aims to re-promote Bhutan as a destination for exclusive tourism.

The SDF of 65 USD was introduced as far back as 1991. It has not been revised once since.

“It is important for us to prioritize our national interests and leave behind political agenda and self-interest. If we support this Bill, it will contribute to building a better future for our children,” said Finance Minister Namgay Tshering.

As per the Bill, the SDF is exempted for day tourists who do not travel beyond the first designated point and for children aged five and below. The Bill also proposes a concessionary levy rate of 50 per cent for children aged between six and 12.

The revised SDF will not apply to tourists who have booked travel before 20th June.

“If the Committee could explain how the Bill will affect the number of arrivals and how that, in turn, will affect the economy. For now, all we can base our discussions on is the finance minister’s presentation,” said Opposition Leader Dorji Wangdi.

The Prime Minister said the change is timely and necessary because the benefits of tourism have not been reaped by the general public whom he described as the immediate stakeholders of the tourism industry.

“We have always consulted the hoteliers and tour operators while making changes in the tourism sector. The immediate stakeholders are the Bhutanese citizens. While making the rules we have been consulting only the stakeholders that derive immediate benefits for the short term. And that is why our policies are not flexible,” Lyonchhen Dr Lotay Tshering said.

The Speaker referred the Bill to the Economic and Finance committee of the House. The Committee will present the Bill on Wednesday.