Lack of awareness on human trafficking still a big concern 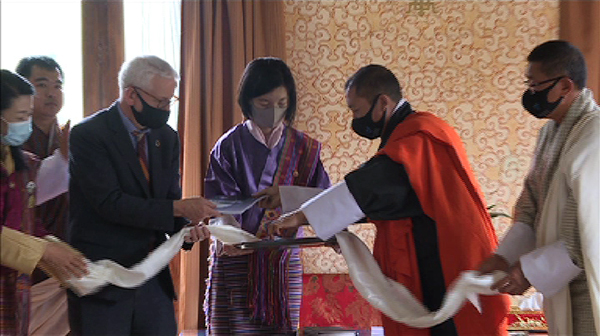 A comprehensive report on all forms of human trafficking found unemployment combined with domestic violence and family problems lead to trafficking in persons in the country. The report, launched today, calls for increased awareness, especially among youth, about human trafficking and, strengthening human capacity and systems to stop people from getting trafficked.

Early this year, Bhutan brought back 160 women from Iraq in the largest international rescue mission. These women were domestic helpers, and some working in spas and parlours. The report points out human trafficking from Bhutan is mainly done for sexual exploitation, forced labour, and debt bondage.

“There are people who are not registered with the Ministry of Labour and Human Resources recruiting some of our innocent youth, who may not have heard of trafficking in persons. And they become the victims of trafficking. Most of those who seek employment through this kind of agent are those who are not really educated, and they normally go as domestic workers,” said Karma Dorji, from the Department of Law and Order under the home ministry.

At the launch, the minister in-charge of the home ministry, Dr Tandi Dorji, said Bhutanese are not allowed to work as domestic workers in foreign countries where labour laws are not strong. Lyonpo also said the government has reached out to all high-risk countries in the middle-east requesting them not to approve visas to Bhutanese nationals without written approval from the Royal Government of Bhutan.

“If people are planning to go abroad to work and if that country is not safe, we can immediately advise and verify whether they are going through registered employment agents,” added Karma Dorji.

The report also recommends increasing diplomatic ties with countries where young people go for employment. A national prevention strategy and a national action plan on human trafficking are being prepared, identifying high-risk countries. The plans will also assist in establishing bilateral ties or agreements with various countries, which will make it easier to repatriate Bhutanese if they are trafficked abroad.