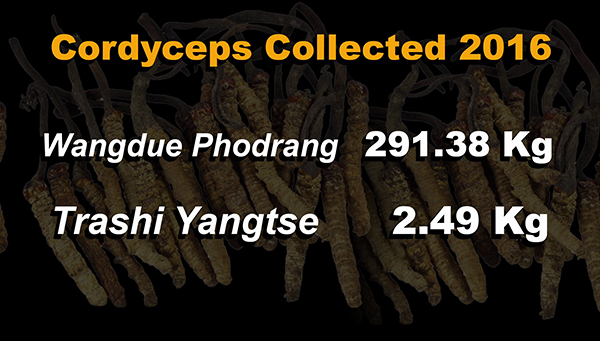 From more than 458 kilograms of Cordyceps declared at the auction, over 40 kilograms were withdrawn. Almost same quantity was also withdrawn, last year.

The remaining Cordyceps this year were sold for worth more than Nu 151 M.

Wagdue Phodrang saw the highest quantity of Cordyceps collection with over 291 kilograms and Trashi Yangtse, the lowest with about two and half kilograms. 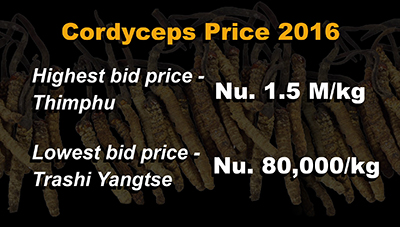 As a result of more yields this year, the government earned over Nu 4 M as royalty.

More yields this year can be attributed to sizeable increase in collections in Wangdue Phodrang followed by Bumthang and Thimphu.

However, Paro, Gasa and Trashi Yangtse witnessed a drop in collections.