Kengkhar Gewog institutes a committee to advocate on non-communicable diseases 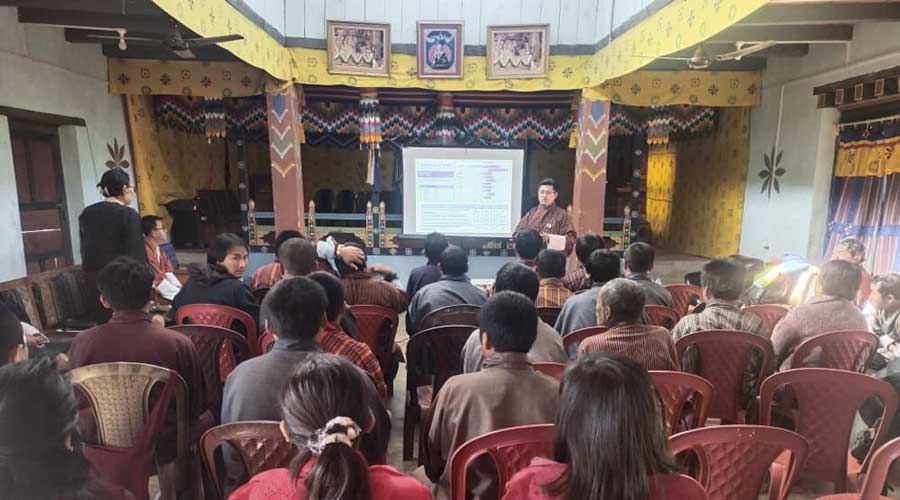 Local leaders of Kengkhar Gewog have started advocating villagers on the prevention and early detection of Non-Communicable Diseases, and other public health issues. Kengkhar is the first Gewog to institute a committee for a sustainable advocacy programme. Last year, the Dzongkhag Tshogdu Chairpersons committed to starting such programmes at gewog levels by allocating separate budgets.

Alcoholic Liver Disease and Hypertension were the most common non-communicable diseases in Kengkhar Gewog. The local leaders along with health officials started creating awareness of their prevention.

The villagers were also urged to visit hospitals for health check-ups. About a hundred villagers attended the programme which was held on Friday.

“Until now, we were aware of contagious diseases such as flu and HIV/AIDS. However, attending such programmes let us know more about how NCDs can pose more threat than HIV,” said Pema Chodup, Kengkhar Gup.

The local leaders also discussed and decided to incorporate the programme in their annual Gewog plans and create awareness during public meetings and Gewog Tshogdu.

Similar programmes will be conducted in all gewogs across the country. Initially, the health ministry will provide the budget to start the programme and after that, the gewogs should allocate a separate budget.

NCDs remain a public health concern that accounts for about 69 per cent of deaths in the country.