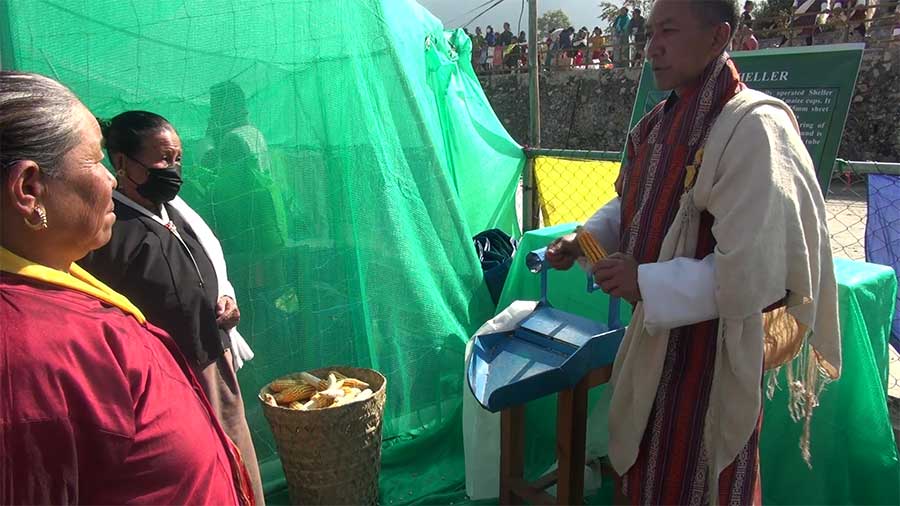 Residents of Tsirang have greeted the ‘New Year’ with good news. Their assistant Agriculture Officer has developed a maize shelling machine for them. It is a device that is used to remove maize seeds from the cob. The agriculture device will become a handy tool, especially for low-income farmers and those who cannot handle power-operated maize shelling machines. 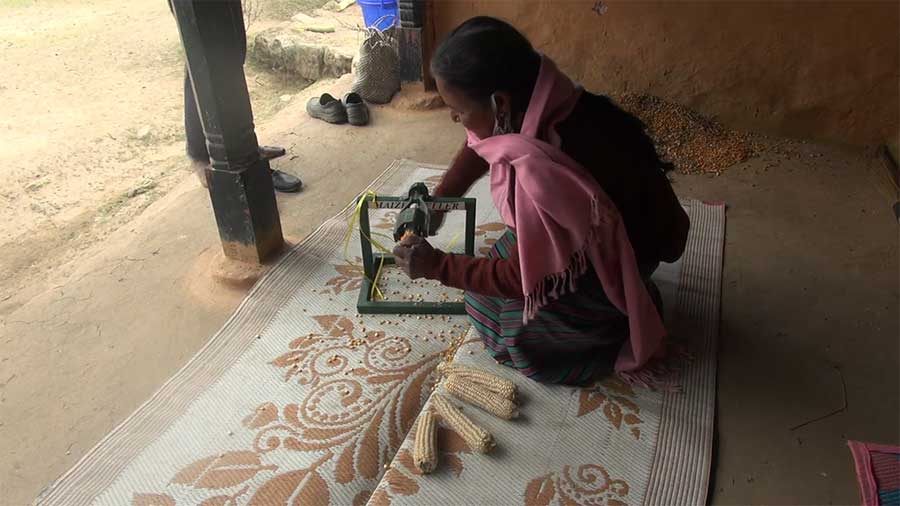 The device is designed and developed by Tsirang District Administration’s Assistant Agriculture Officer. The device, which can be operated manually can shell around 70 to 80 kilograms of maize within an hour. And this is expected to address farm labour shortages in the villages.

“The machine has eased our workload now. We can shell more kilograms of maize within a short period of time. We are grateful for distributing the machine free of cost,” said Lok Maya, a farmer.

“I am happy to receive a new maize shelling machine. We can use it just by sitting inside our house. Earlier, without such a machine, our hands would develop blisters when we had to shell large quantities of maize,” Purna Singh Tamang, another farmer.

“With the advancement of technology, we get a variety of power-operated maize shelling machines. But my maize Sheller will serve the purpose in places without a power supply. It is also cheaper for those farmers who cannot afford to buy sophisticated power-operated Maize Shelling machines,” said Kinzang Chophel, Assistant District Agriculture Officer.

As a trial project, the official designed and developed thirty such devices spending around Nu 1,500 per device. The mini device is portable since it weighs only four kilograms.

“I have tested and checked the device several times. It is very easy to use it. Even elderly and young farmers can operate the device easily,” said Kinzang Chophel, Assistant District Agriculture Officer.

But as a serving civil servant, he doesn’t have any plan to commercialize the device as of now. The official contributed five devices to farmers in the district during the National Day celebration last month.