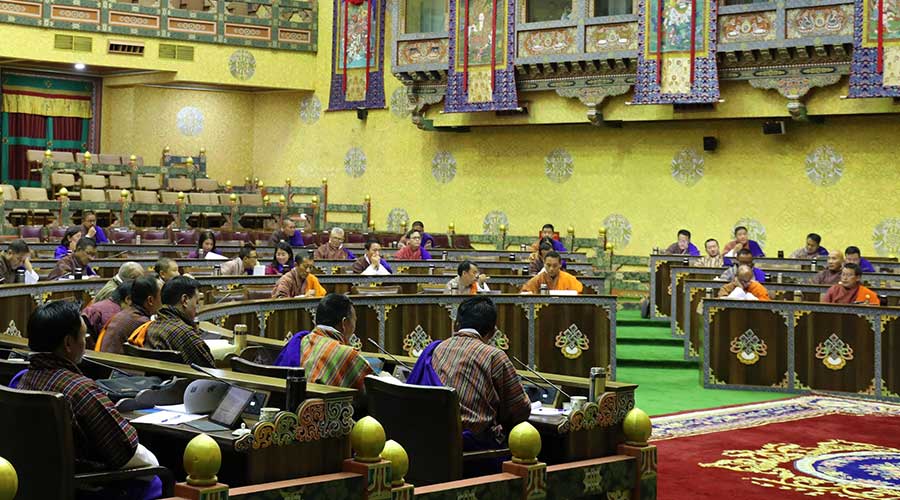 “The current bus terminal at Lungtenzampa becomes congested as several buses, taxis and private cars come there to drop off or pick up passengers and parcels. Given these challenges, I would like to suggest the government to into relocating the terminal to another place,” said the Chairperson of the Public Accounts Committee, Ugyen Tshering.

However, most members of the house including the Prime Minister were against the relocation of the bus terminal. Some others also questioned the committee if they have identified a suitable place for the relocation.

“This issue did come up in the cabinet in 2019 when Thromde proposed the relocation and building of a new terminal as one of the public-private partnership projects. The identified area was in Olakha where the plan was to establish an integrated bus terminal. The cost was estimated at about Nu 2bn. But we didn’t approve it since thromde had no answer if the issues at the existing terminal could be solved by relocating it,” underlined Prime Minister, Dr Lotay Tshering.

The National Council Member from Haa was also against the relocation of the bus terminal.

“If the recommendation to relocate the bus terminal gets through, it would be difficult during implementation. Firstly, it would cost a lot of money. Secondly, we need to identify an appropriate site to relocate the terminal,” reasoned MP Ugyen Namgay.

Some MPs said instead of relocating the terminal, giving it a facelift can help reduce the traffic woes.

“If the Lungtenzampa Bridge is redesigned and the tri-junction is well developed, then there will be no congestion at the terminal and the nearby roads,” suggested the National Council Member from Gasa, MP Dorji Khandu.

On this, the Works and Human Settlement Minister clarified that the plan to redesign Lungtenzampa Bridge had to be put on hold due to COVID.

“We have already designed a three-storied bridge for Lungtenzampa. Two storied are for vehicles and pedestrians. However, our plan was disrupted by the pandemic. Due to budget constraints, we had to defer the plan. But once we have this kind of a bridge, the bus terminal will not have to be relocated,” said Lyonpo Dorji Tshering.

Putting forth their stance, the Public Accounts Committee said while they have recommended the relocation, they haven’t considered any place for the same.

“When we consulted relevant agencies, they told us the need to relocate the terminal from the existing place, which is very congested. So, we proposed for the same. When it comes to implementation, no one is better than the government,” mentioned MP Phuntsho Rapten, who is a member of the Public Accounts Committee.

These recommendations received thumps up from the members of the house despite receiving criticisms from some members for being urban-centric.

They said the committee should also include recommendations on improving public transport in rural areas and raised concerns over the lack of inclusive public transport design and infrastructure for differently-abled persons.

That aside, a new recommendation, mandating the government to come up with policies and measures for a safe and quality transport system was also endorsed in the joint sitting.