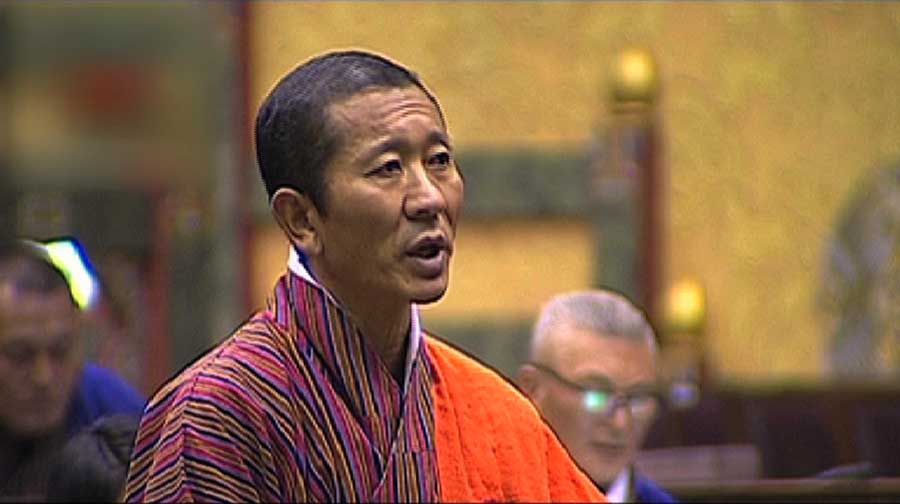 Prime Minister, Dr Lotay Tshering, has updated in the joint sitting that talks with the Government of India to replace the dam of PHPA I have been unsuccessful. Owing to the poor geological conditions at the dam site, the government explored the barrage options. Since the matter was also discussed during this summer session of the parliament, the Chairperson of the Public Accounts Committee presented the follow-up report on its implementation status in the parliament today.

MP Ugyen Tshering informed the house that the government had a word with the Indian government on the dam issue of Punatshangchu Hydropower Project Authority I.

The Opposition Leader sought further updates on the matter.

“The report says the Indian government officials have come here and discussed the issue related to the dam and barrage options. Therefore, I would like to ask the government to update the house on the outcome of the meeting,” questioned the Opposition Leader, MP Dorji Wangdi.

The Prime Minister clarified that the Indian government has advised them against replacing the dam with a barrage. It is a type of low-head, diversion dam which consists of several large gates that can be opened or closed to control the amount of water passing through.

“When the power secretary visited here, we told them that international research has also shown a barrage would be better than the dam. But they have informed us to continue building the dam,” said the Prime Minister.

“Currently, there are eight experts of which four are from Bhutan and four others from India. They are working on the issue. They will have to submit a report within three months,” continued Lyonchhen.

The report would be submitted to the two governments by February next year, added the Prime Minister.

He also updated the house that about Nu 25bn has been spent on the construction of the dam so far. It will cost an additional Nu 23bn to complete the dam.

However if the barrage options were considered, then the completion cost would be about Nu 15bn.

While the project’s initial cost was estimated at Nu 36bn, the Prime Minister said its estimated cost has increased to more than Nu 90bn

Meanwhile, given that it is an issue of national interest, the Speaker asked the government to update it in the upcoming session.