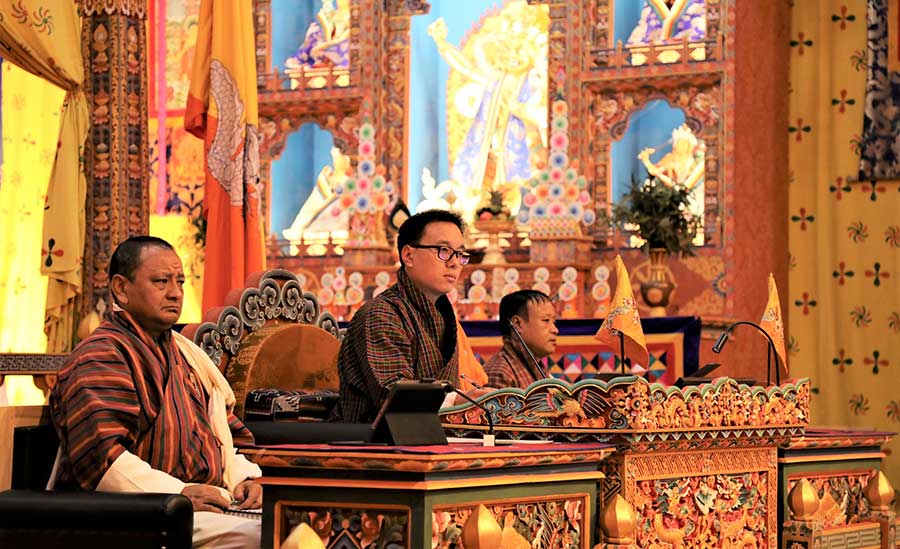 Some members of the House of Review have suggested reinstating a new section after section 161 in the “Forest and Nature Conservation Bill.” The new section was repealed by the National Council’s (NC) Natural Resources and Environment Committee. This came up while deliberating the Bill in the house on Monday.

Section 161 of the Forest and Nature Conservation Bill states the Agriculture Ministry shall not allow the export of timber and firewood except in a situation where timber has no market within the country as per the procedure prescribed in the rules.

However, a new section follows, which says regardless of section 161, the export of timber from privately registered land shall be allowed. It was included by the National Assembly.

But the council’s Natural Resources and Environment Committee revoked it. Therefore, some members justified that reinstating the new section in the Bill will encourage more private individuals to effectively utilise their lands by planting trees.

Doing so, they added will not only improve livelihoods but also help achieve the national goal of maintaining 60 per cent of forest cover.

“These days, many landowners prefer to grow high-value trees on their land for commercial purposes. For instance, in the south, people grow teak and sal trees and those in the north grow walnut trees. Then as trees mature, owners sell them to fund their children’s educational expenses. Allowing the export of timber by private individuals will only benefit the community at large,” pointed out, National Council Member of Dagana, MP Surjaman Thapa.

His views were backed by some other members of the house.

“Planting trees on private land will help increase the country’s forest coverage and help generate household income through exports. So I would be grateful if the committee could reinstate the National Assembly’s new section. Reinstating the section will also benefit the country’s economy when more landowners plant trees for commercial purposes,” mentioned Trashigang’s National Council Member, MP Lhatu.

Among MPs who spoke in favour of reinstating the new section is Chhukha’s National Council Member, MP Sangay Dorji.

“Some individuals have already made investments and developed private forests after borrowing ideas from abroad. But restricting the sale of timber beyond Bhutan will discourage and affect their business. Therefore, I support the National Assembly’s decision to include the new section in the bill.”

Reasoning why the new section was scrapped, the committee said reinstating it is not required as Bhutan does not have any marketing problem for timber within the country.

“We don’t see any point in exporting timber when we have enough domestic demand. If respective private forest owners export all their timber, later they will have to buy timber and seek timber Kidu when they construct houses. Therefore, the committee repealed the new section,” justified MP Karma Gyeltshen, who is one of the members of the Natural Resources and Environment Committee.

The committee further clarified that section 161 of the Forest and Nature Conservation Bill has some flexibilities should timber owners face marketing hiccups in the country.

After lengthy deliberation, the Chairperson ordered the committee to revisit the matter during the internal committee meeting.

The Bill is poised to be passed on the 23rd of this month, which is next week.