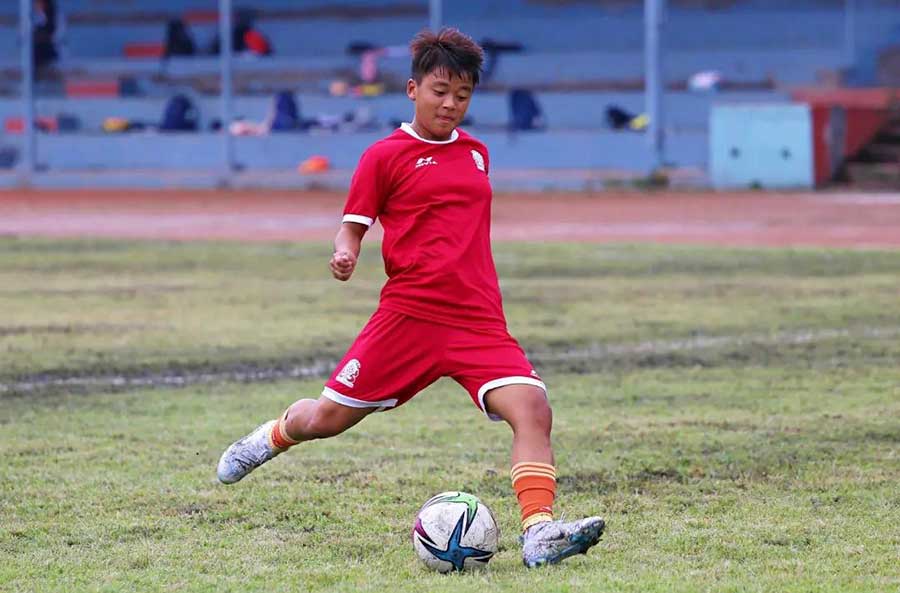 Deki Lhazom, the first Bhutanese female footballer to sign for a foreign club, could be making her debut with her new team soon. Talking to BBS, she says she will be joining her new Al-Ittihad teammates in training tomorrow and hopes to get selected for the club’s third league match which will be played in the second week of November. The 18-year-old forward signed a one-season contract with Al-Ittihad Saudi Arabian Club.

First Bhutanese to compete in e-football