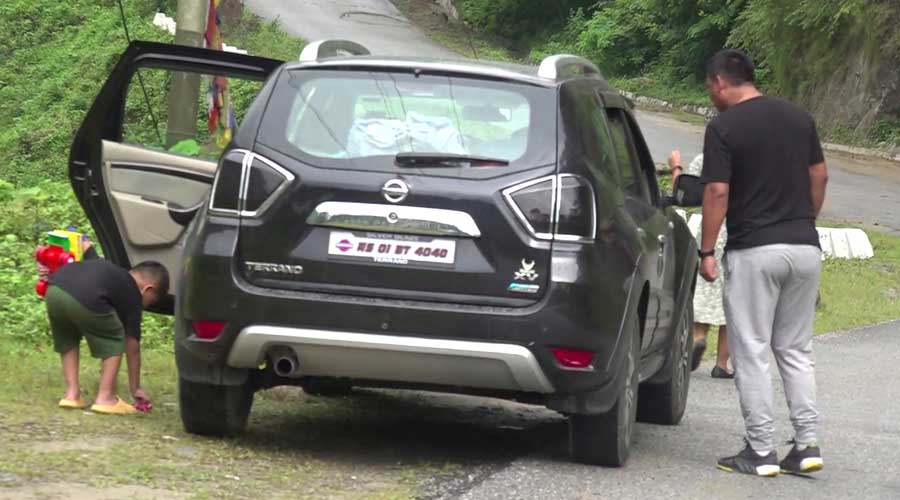 Tourists visiting Bhutan driving their vehicles will have to pay a fee of Nu 4,500 per vehicle per night. This also includes two-wheelers. This is as per the revised Tourism Rules and Regulations 2022 which came into effect on September 23.

Visitors driving their vehicles will have to pay Nu 4,500 in addition to the Sustainable Development Fee. The Road Safety and Transport Authority will be collecting the fee.

The visiting vehicles were then levied a route permit fee of Nu 100 per day as per the Road Safety and Transport Regulations.

“This green fee of Nu 4,500 is inclusive of all other fees. They don’t have to pay any other fees like route permit fees. Based on our experiences in the past, since tourists do come with their cars, we had to deal with this, tourism. And similarly, there were also other categories of tourists coming with very high-end vehicles and even two-wheeler. So, we had to deal a lot with the tourists. So, therefore in this new Tourism Rules and Regulations 2022, this provision has been included mainly to facilitate,” said TCB’s Director General, Dorji Dhradhul.

A visitor driving a foreign tourist vehicle should adhere to all relevant rules and regulations regarding the carrying capacity and road worthiness of the vehicle adopted by the Road Safety and Transport Authority. And their entry will be restricted if the vehicle doesn’t meet these criteria even after paying the fee.

However, visitors won’t have to pay the fee if they do not drive their vehicles beyond the first designated point.

“If they enter our border town, let’s say for example Phuentsholing and then they move around in their car and if the next day they are planning to go to Thimphu, they can still leave the car parked in Phuentsholing wherever there is the accommodation or wherever there is a designated parking place. But there will be no fees charged as long as they do not cross the first designated interior check post. Like in the case of Phuntsholing it could be Rinchending,” added the Director General.

According to the TCB, the levy of the fee on tourists driving their vehicles is to minimise the negative impacts of vehicle emissions on the country’s pristine environment and control traffic.