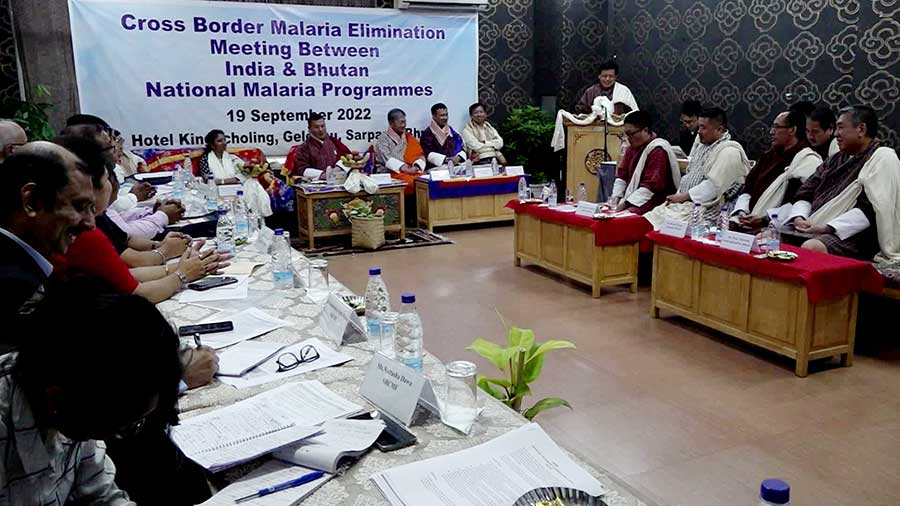 Last year, there were 23 reported cases of which only nine were locally transmitted. Although the country didn’t see any local cases this year, there are three imported cases.

During the meeting, health officials said malaria elimination in both India and Bhutan was slow due to imported cases.

“The Malaria elimination journey in both countries has been a bit slow because of cross border transmission and almost 90 per cent of malaria cases in Bhutan are confined to the settlement along the borders. Sarpang alone contributes more than 60 per cent of total cases in the country. We did have cross-border meetings with the same objective in the past but we could not make a significant move due to various challenges,” said Rixin Jamtsho, Officiating Director of the Department of Public Health.

The meeting also saw discussions about developing strategies for cross-border collaborative actions and sharing information about outbreaks and surveillance with each other.

Effective cross-border collaboration would not only help address malaria elimination but also other diseases like dengue.