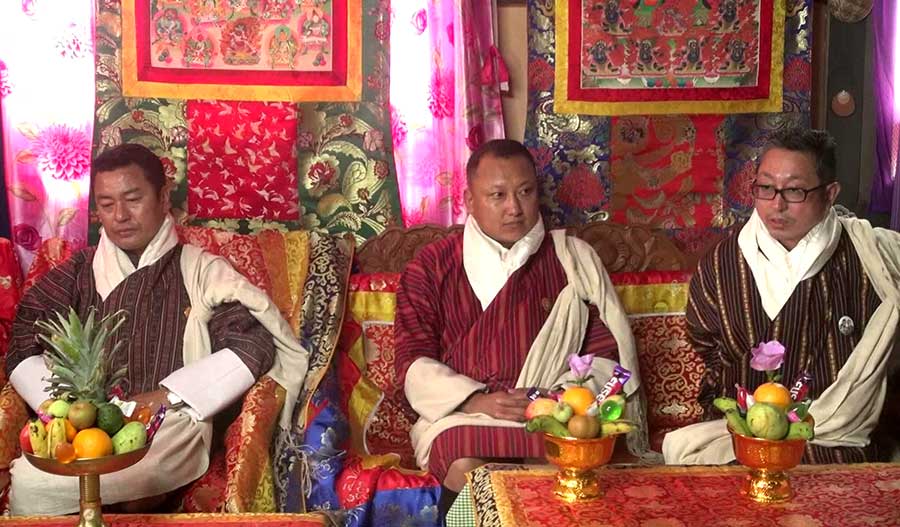 Druk Thuendrel Tshogpa unveiled three more candidates in Trongsa this morning. The new candidates will represent constituencies in the central part of the country in Trongsa, Zhemgang and Bumthang. With this, the recently registered party has revealed six candidates so far for the upcoming parliamentary election.

The former National Council Member of Trongsa, Tharchen, from Langthil will represent the Drakteng-Langthil constituency of Trongsa. The 42-year–old has a Master’s degree in Educational Administration and Management from Thailand. He worked as a teacher for nine years and also served as the Executive Director for the Centre for Local Governance and Research.

The party’s candidate for Bardo-Trong in Zhemgang is 52-year-old Kezang. He has a Master’s in Communication Management from the United Kingdom. He served more than a decade in the ICT and media sectors besides serving as Chief Executive Officer in Private companies and as a project lead for international projects.

Representing the Chhumey-Ura constituency in Bumthang is 31-year-old Thinley Gyeltshen. Experienced in the private sector, he has led a construction company for seven years. He also operated a tour company.

The Druk Thuendrel Tshogpa is the fifth registered political party. The former North Thimphu Member from Druk Phuensum Tshogpa, Kinga Tshering is the president of the Party.