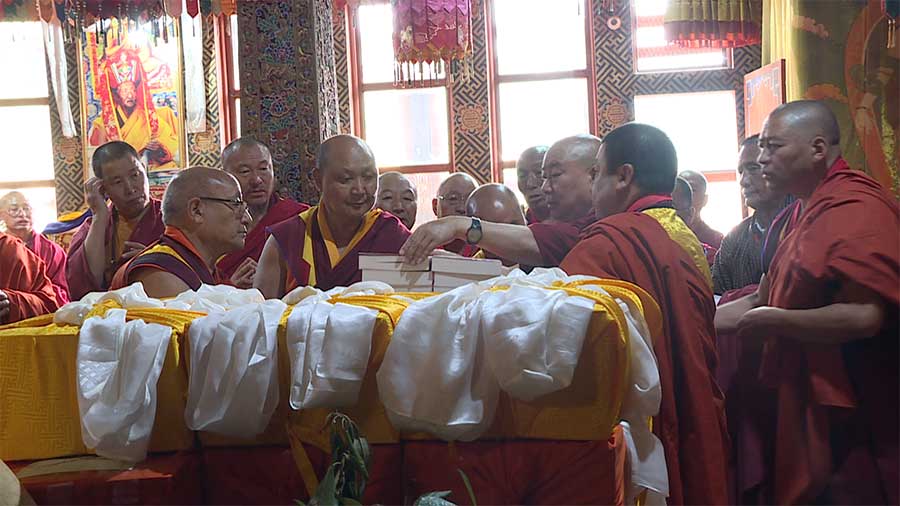 A collection of the literary works of His Holiness the 69th Je Khenpo, the late Geshey Gendun Rinchen, was launched today coinciding with his 25th death anniversary. The collection titled Sangha Ratna Shanstarum was launched by the Dorji Lopen of the Zhung Dratshang at the Trashichhoedzong.

The collection is a set of 12 books. The Zhung Dratshang has printed around 1,000 sets at a cost of more than Nu 5 M which will be distributed in religious institutes across the country.