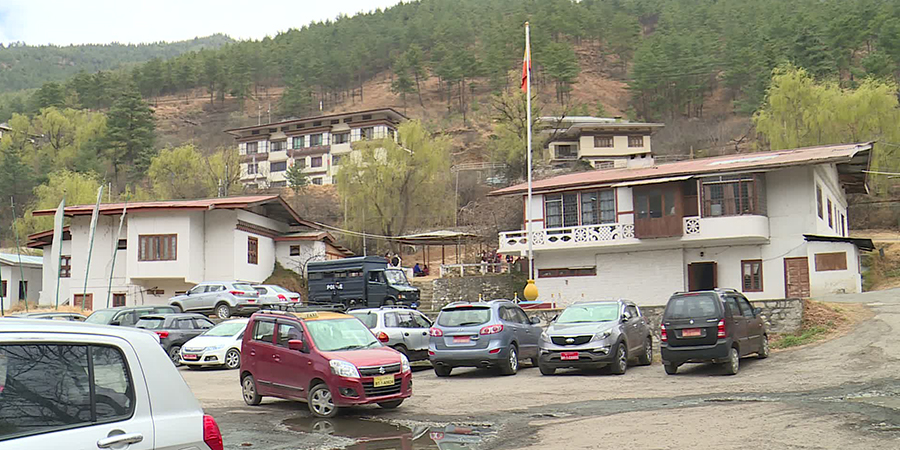 Almost two years after an accident left a DeSuup on duty confined to bed, the wait for justice is still not over. The Ministry of Information and Communications, the economic affairs ministry and two private individuals appealed to the High Court yesterday after the district court found them guilty of causing the accident. The Thimphu District Court earlier this month ordered the two ministries and the two private individuals to pay more than Nu 28 M to Desuup Phub Gyem and the state.

The district court ordered the two ministries to compensate Desuup Phub Gyem for failing to carry out their responsibilities and duties. The ministries were ordered to pay Nu 9.4 M each.

According to the judgment, the MoIC failed to monitor unlicensed driving and driving under the influence on the highway, and the MoEA failed to monitor the bar license and its operations. It was found that the bar visited by the driver was running with an expired license. Moreover, the fateful day was Tuesday, a day on which bars have to remain closed.

The ministries were also ordered to refund Nu 1.1 M each to the state for the medical expenditure incurred.

They also have to refund nearly Nu 370,000 each to the state for medical expenses incurred for treating Phub Gyem.

The court, however, absolved late driver Gyembo of the compensation since he was already convicted in the same accident case. The criminal bench of the district court last year ordered him to pay more than Nu 300,000 as compensation to DeSuup Phub Gyem.

This is as per the Civil and Criminal Procedure Code of Bhutan, where a defendant acquitted or convicted of a specific offence may not be penalized for the second time.

Desuup Phub Gyem and another female Desuup were hit by the pick-up truck while they were on duty in 2020. The vehicle was parked a few meters from the site of the accident when the late driver, Gyembo went to a bar. When he returned, he removed the stone from under the tyre as the brake of the vehicle was not working. And before he could get in, the driverless truck sped downward and ran over the two female Desuups.