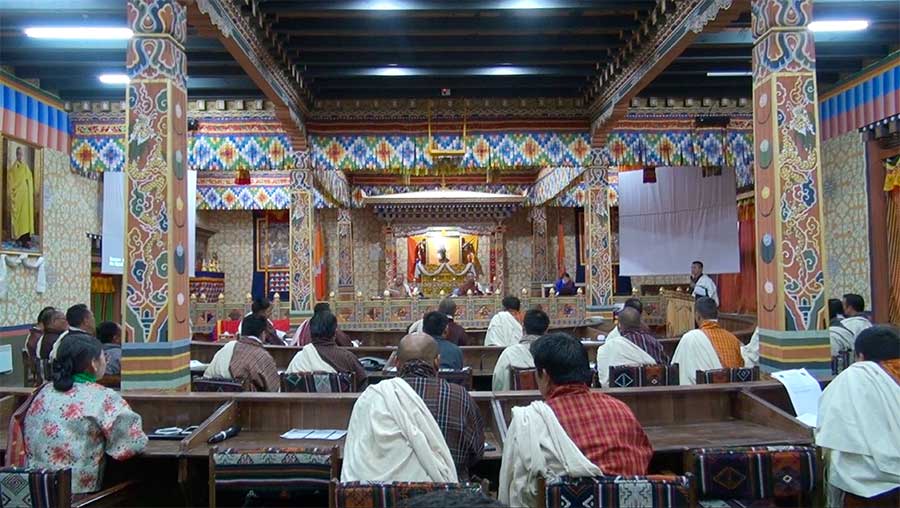 Local leaders in Bumthang want the District Livestock Sector to provide additional staff and livestock medicine for all the gewogs in the district. They say that lack of a lab technician and support staff is affecting the productivity of the district which is largely dependent on the livestock sector for livelihood. The issue was raised during the recent Dzongkhag Tshogdu.

The Chhoekhor Gup who raised the issue in the Dzongkhag Tshogdu said that most farmers could not avail themselves of artificial insemination service as the only staff who could administer the insemination was on leave.

“A lab technician is very important for a district like Bumthang that is heavily reliant on the livestock sector. We are in such a time that some youth are struggling to find a job but most service providers are facing inadequacy in staff,” said Chhoekhor Gup, Sangla.

The motion was also supported by local leaders of other gewogs in Bumthang.

“If a cow dies due to a complication during delivery, this would cost the owner at least Nu 60,000. The government should consider this,” said Chhumey Mangmi, Kelzang.

The District Livestock Officer said though the sector proposes for additional staff and a budget for the improvement of livestock production in the district, the livestock sector is allocated one of the least budget proportions among all the sectors every year.

He also said as the livestock sector demands its officials to personally be present on site for medication and treatment of animals. But it is difficult to provide services on time due to staff shortages. Currently, there are only 10 staff in the livestock sector in Bumthang.

There are at least 10,000 domestic animals that need the livestock sector’s services in Bumthang alone. The livestock officer also said he proposed for procurement of utility bikes for livestock officials for outreach purposes in the past but it was not approved during the budgetary meetings.

The Dzongkhag Tshogdu decided to propose to the agriculture and forests ministry for additional manpower in the livestock sector for Bumthang.

The district has almost 70 per cent cattle of improved breed, which are of the improved breed according to the livestock sector. These animals need extra medical care due to their susceptibility to illnesses.

Bumthang had around 15 livestock staff until 2008 before the Regional Livestock Development Centre was moved to Zhemgang.