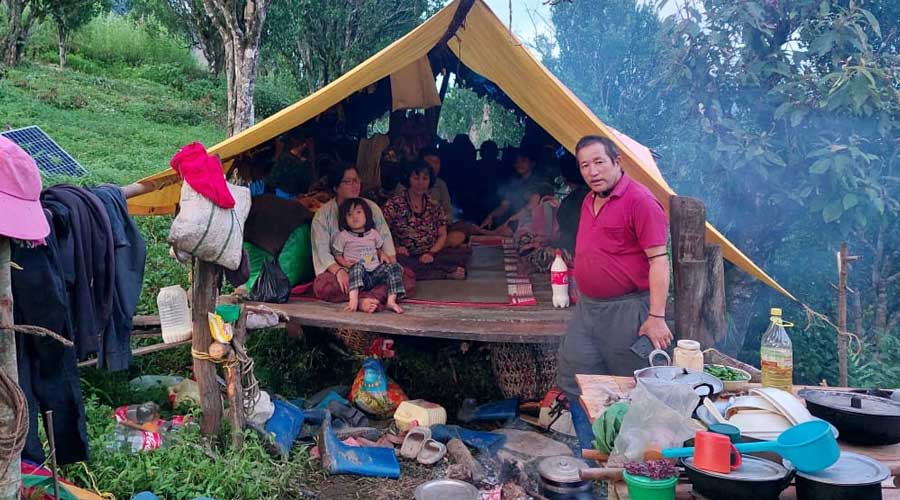 Last week, a landslide killed two people and damaged two houses at Benporong village in Samdrup Jongkhar. The incident has become a nightmare for those residing in the nearby area. Today, some eight families have started living in temporary shelters, away from the area which is prone to landslides. People allege that the road construction work above their village is causing the landslide.

Eight families have been spending the last seven nights in temporary shelters. The villagers moved to safer locations after a landslide buried a woman and her daughter along with their house last Monday.

They claim that the landslide occurred after heavy rainfall washed away debris from the construction site.

“I think the landslide occurred due to the ongoing road construction works above our village,” said Tashi Dendup, a resident.

“I don’t have anything, not even clothes. The recent landslide has damaged my house. Currently, my neighbours are helping me,” said Tashi, another resident.

According to the Wangphu Gewog administration, for now, the road construction has been stopped as it poses risk. The gewog plans to resume work after a month.

Even so, the residents have no other options than to live in the temporary shelters until the monsoon ends.