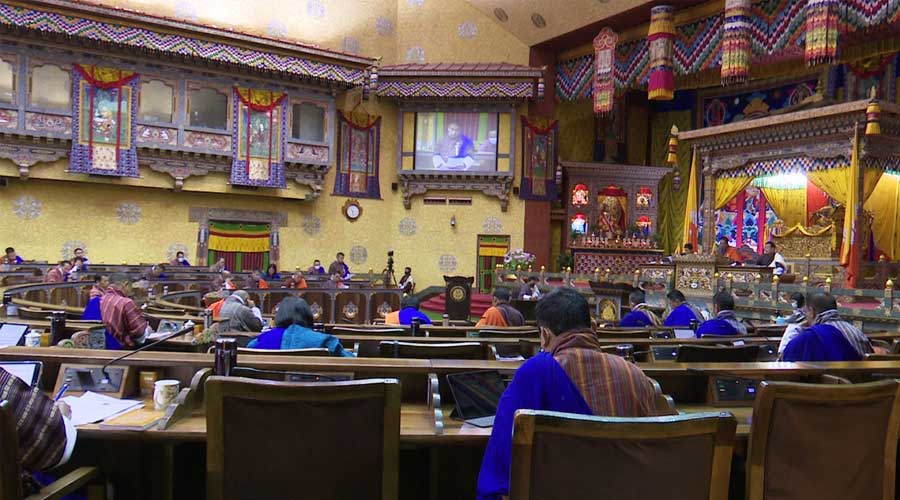 The government initiated the Digital Drukyul as one of its Flagship programmes in the 12th Five Year Plan. Through the programme, the government intends to harness the power of ICT to transform Bhutan into a smart and inclusive society. However, during the review report on the national budget for the financial year 2022-2023, the Economic and Finance Committee reported that there was a lack of cooperation and coordination among the relevant agencies hindering the progress of the initiative. The committee said so far, over 60 per cent of the programme is complete.

The total budget outlay for the Digital Drukyul Flagship Programme is more than Nu 2.5bn. Of it, more than Nu 1.3bn was spent until the end of May this year.

There are eight projects under the flagship programme.

However, the committee has been informed by the Department of Information Technology and Telecom that two projects, Electronic Patient Information System and Integrated Tax System cannot be completed within the planned period.

The health ministry is yet to begin the pilot project of the Electronic Patient Information System next month. So far, close to 30 per cent of the project has been completed.

Meanwhile, the development of the Integrated Tax System which was initially assigned to Thimphu TechPark is on halt for now. The TechPark was developing the app seeking the expertise of its international partner.

So far, close to 40 per cent of the project works have been completed. But the finance ministry terminated the contract in April this year reasoning that the modules of the project developed so far were not up to the ministry’s expectations.

Therefore, the committee recommended the Department of Information Technology and Telecom be made the nodal agency to coordinate, facilitate, pool, and appoint IT professionals to different agencies to achieve the collective mandate of digital governance and transformation.

However, members expressed mixed reactions to the recommendation.

“From now on, if all the ICT-related services are instated under a nodal agency to coordinate and facilitate services, it would have immense benefit in digitalising the service,” said Athang-Thedtsho MP, Kinley Wangchuk.

“I feel that many applications such as CPMS, and waste apps are developed and launched based on talents, usage, and through competition. If such creations have to be under one office, there will be no opportunity for the creators and developers,” said Lamgong-Wangchang MP, Ugyen Tshering.

“The main reason for coming up with this recommendation is if all agencies come up with their digital services, one window services will fail. All services related to the people should be made available from under one roof,” said Kinga Penjor, Economic and Finance Committee’s Chairperson.

“The nodal agency is the DITT. Before venturing into any official digital-related works, we have to seek permission and approval from the office. So, if we keep all the works related to digital with the DITT, for example, they don’t have the expertise in tax systems, or with the Electronic Patient Information System. They have the expertise to come up with guidelines and regulations. So, I think the coordination is already in place,” said Finance Minister, Namgay Tshering.

“If we observe well, the G2C service has not developed well. It is because each agency is coming up with its digital services such as apps. There is no particular place to store all these together. And eventually the users, both educated and the uneducated are left confused,” said Khamaed-Lunana MP, Yeshey Dem.

“I support the recommendation regarding the partnership in expertise. But I feel that responsibilities and roles should be shouldered by relevant agencies because the projects are under specific ministries or agencies,” said Monggar MP, Karma Lhamo.

Despite the debate, with a majority show of hands, the house endorsed the recommendation. This means any ICT-related projects in any agency including the development of apps will route through the Department of Information Technology and Telecom.