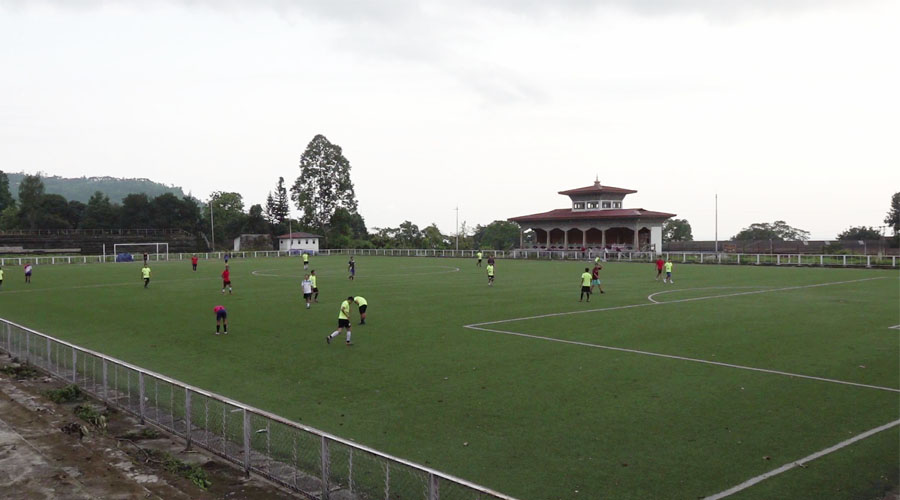 Despite getting an artificial football turf in 2018, nothing much is happening for the development of football in Samtse. The district’s only artificial ground has remained closed most of the time due to COVID-19. But now, things are expected to change. The Bhutan Football Federation, starting this year will conduct the district league, the country’s lowest division football league in Samtse as well.

Much to the relief of football lovers in Samtse, playing football on the artificial turf is slowly picking up.

Most football enthusiasts feel that a lot still needs to be done to revive football in the district. Samtse was once known for producing quality footballers in the country.

“Before, football used to be a big event here in Samtse. We used to attract a lot of spectators from India as well. But these days, due to constant lockdowns and not a lot of football programs in the district, youths have also lost their interest and have been engaging themselves in doing drugs and other illegal activities,” said Tashi Jamtsho, a resident.

Without a budget and proper management team, Samtse Football Club which was believed to be formed in 2005 is also no more active.

Now that the Bhutan Football Federation is taking control over the ground, things are expected to improve.

He also said the federation will install the much-awaited floodlight in Samtse in three to four months.

“We all know that Samtse is a very hot place and the climatic condition is not suitable to play during the daytime. But now we will be installing the lighting facilities at the Samtse soon so that people can play football and can enjoy the game of football during the night as well,” said Phuntsho Wangdi.

He said the federation will also conduct the Bhutan High School Championship for the Samtse region on the artificial turf. Likewise, various coaching activities and local tournaments will be held soon. And with all these in store for Samtse, football in the district, is only anticipated to witness its rise once again.