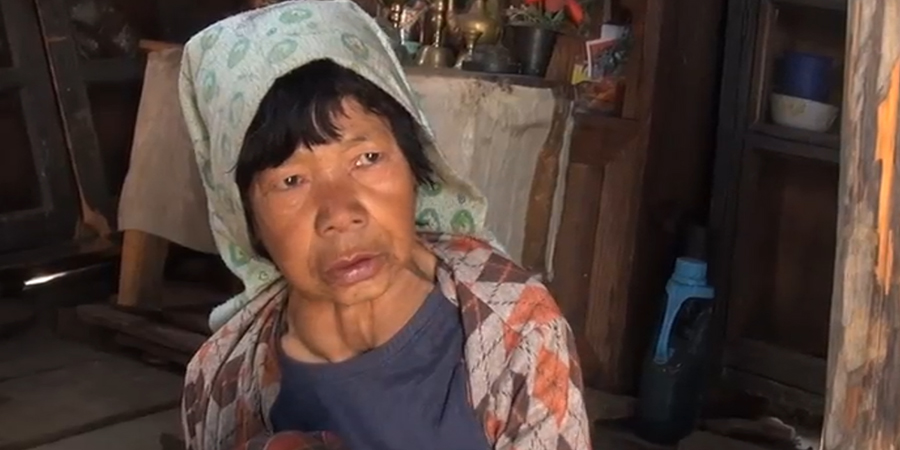 As the country opens up with a new strategy to manage the COVID situation, the risk of getting infected with the virus remains a worry. But for some people, the Coronavirus is the least of their concerns. We bring you a story of an elderly woman living with a disability in Paro who goes to bed every night unsure of where her next meal will come from.

The old shabby hut is what Sonam Choki from Shomo village in Paro calls her home. Sonam is physically disabled and has difficulty speaking and hearing. She doesn’t know her age but her neighbours guess her to be about 70 years old.

Sonam mostly lives alone in the unsteady hut that is supported with wooden poles. She says she is afraid the hut could collapse anytime. But her biggest concern is going to bed on an empty stomach which she has experienced several times in the past.

Sonam survives on the food that her neighbours give her and by begging. She says she eats only two meals a day. The neighbours said Sonam has a brother who is also disabled but rarely stays home.

“They were here since we were just small boys. They looked after the cattle of some of the villagers here,” said Phub Tshering, one of her neighbours.

Another neighbour Tshering Gyem said her brother is often seen loitering around in the village.

“One day I met him and talked with him a bit. I asked him about where he was going and if they had any problems. He said they didn’t have food. I gave them some rice and vegetables.”

“The house they are living in right now is in a very bad state. The brother tried to construct a new home, we can see the pillars he put up, but it’s been a long time now,” said Ngidup.

Sonam also has a disabled son whose whereabouts is unknown. COVID may be a worry for many, but for Sonam, there seem to be other problems of bigger concern.

More LGBTQ+ individuals open up about their gender identity

Woman breaks barrier to be among the finest paint technician- Gelephu