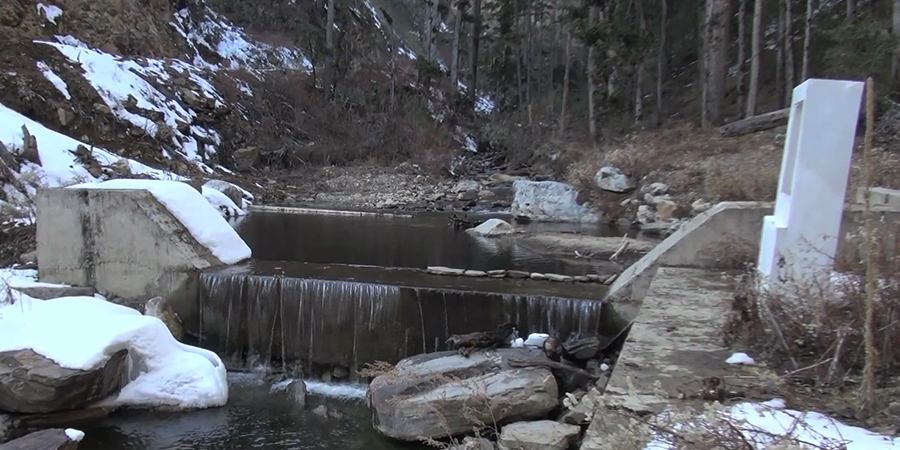 People of Langpa and Nobgang villages of Samar Gewog in Haa are disappointed with the quality of a newly-built integrated drinking and irrigation water facility. The facility worth more than Nu 32 M is unreliable. Moreover, it has not been handed over to the community yet though works were completed in December 2019.

The source of the 11.3-kilometre long canal is located about an hour’s drive from Langpa village. The source is filled with sand and debris. Villagers have to often clear the mess. An empty signboard awaits the unveiling event. Footage shared by a local also shows a herd of yaks crossing the stream right at the source. Besides, the pipes get burst often and many a time, the villages are left without water.

“We first received the water from the new facility three years ago but it benefited us for only about a year. During the public consultation, we were told the facility would benefit us for several centuries, however, when defects start occurring this soon, we feel unhappy. Moreover, it is a huge waste of government’s resources,” said Namgay Dorji, a resident of Langpa. 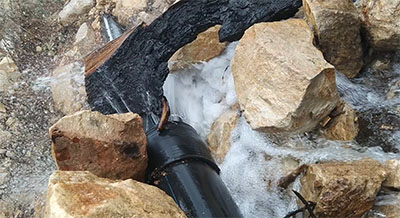 The pipes get burst especially during winter due to ice formation. Villagers say the pipes which are meant to be properly covered have been kept exposed in several areas. Though they have attempted to join, it is difficult because the pipes are big.

Even if they succeed, the joints give way to water pressure soon afterwards. Back in the village, people have to fetch water from a pond while some rely on spring water. There are more than 60 households in the chiwog.

“Fetching water from the pond has especially become difficult for people who raise cattle. The pond is small and everyone depends on it. Today, it is our only source of water. We don’t know if the new source would be fixed,” said Kezang Om, another resident.

“The snow and ice these days have blocked the water. It’s been a month without water now. The pond is located about 30 minutes walk below the village. So we have to carry water uphill,” said Denday.

“We don’t even get time to study or read storybooks like our friends in other villages during vacation. All we do here is fetch water throughout the day,” said Sonam Deki, a student.

The District Agriculture Officer, Karchung, said the pipes couldn’t be put underground in some areas due to sloppy areas and geographical challenges. He also said the contractor fixed the pipes last year during the liquidity period, followed by Gewog and Dzongkhag administration.

“Without a machine, it is very difficult to join the pipes. The project had plans to procure a jointing machine so that we can use it whenever such issues arise but due to the COVID situation, it couldn’t be procured. However, we are in contact with project officials about the purchase of the machine and we are planning to address the problem as soon as possible,” said Karchung.

He also said the contractor has handed over the project to the Dzongkhag and the Gewog administration. However, he said it is not handed over to the community as there are rectification works that need to be carried out.

“What people claim about the delayed handing-taking is true but it’s been deferred due to the ongoing issues which need to be addressed, otherwise people won’t be happy if we give them a half-done project. We will do all the rectification works and then form a Water User Association before the facility is handed over to them.”

The Royal Audit Authority also observed faults in the construction works. Meanwhile, until the rectification works are carried out, people in Nobgang and Langpa will have to continue fetching water the hard way like in the past.