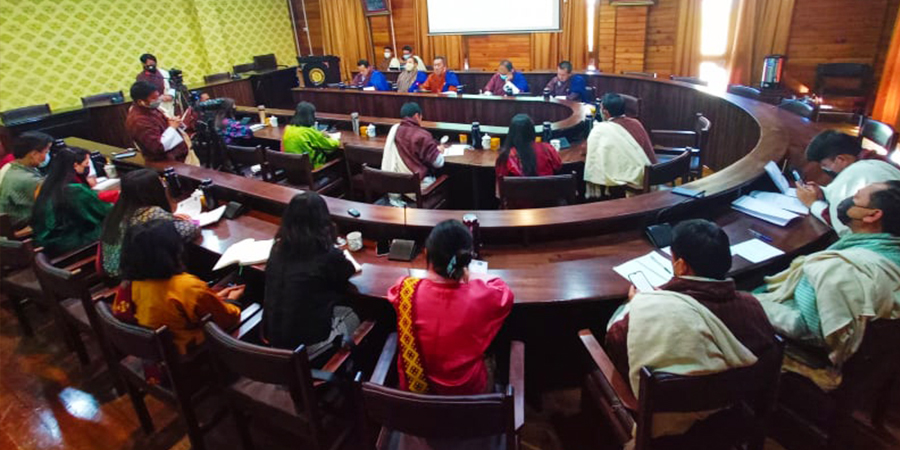 The Opposition Party shared concerns on the current state of governance during the Meet the Press today. According to the party, the government has failed to deliver on many fronts including the failure to fulfil a large number of pledges. The Opposition Party, therefore, calls upon the government to come up with concrete policies, plans and measures to address the concerns with urgency in its remaining tenure.

“The first is the rising corruption, secondly is the increasing unemployment rate. The third is the poor economic situation of the country. The government lacks clarity in improving the country’s economy. The fourth is that the government has failed to achieve most of its pledges as promised in 2018. And lastly, the education sector has been destroyed. There are many concerns but we have accorded priority to these five concerns,” said Opposition Leader, Dorji Wangdi.

The party’s press release states that reports of the Anti-corruption Commission, Royal Audit Authority and International Transparency all point towards rising corruption. While corruption in all forms has remained unabated, new forms of it have arisen. As per the Anti-Corruption Commission Annual Report 2020-2021, abuse of function or power accounts for the highest corruption of 45.60 per cent followed by embezzlement 29.80 per cent.

Further, the press release states that the economy is in a bad state. The economic growth rate has fallen by 15.84 per cent in the last one year (from 5.76 per cent in 2019 to -10.08 per cent in 2020). The Gross Domestic Product fell by around Nu 7bn in 2020. This means more people have fallen below the poverty line.

Similarly, the education sector is still in short of appropriate policies to see a major revamp, as required. The present education system has not been able to address systemic shortfalls such as teacher shortage, lack of principals and uplifting the morale of educationists.

There is an acute shortage of teachers, especially in rural areas. The shortage is estimated at about 400 teachers. Also, it is reported that last year’s annual academic progress reports of students were deeply worried about an unusual number of casualties.

In addition, private schools continue to languish in the doldrums in want of a clear policy. The private education sector has and will continue to play an important role in our nation’s educational journey.

Further, the party said some of the pledges like enhancing health facilities and services throughout the country, provision of monthly allowances for birthing mothers, an increase of daily minimum wage to Nu 450, provision of free WiFi and construction of southern East-West Highway are still unfulfilled.