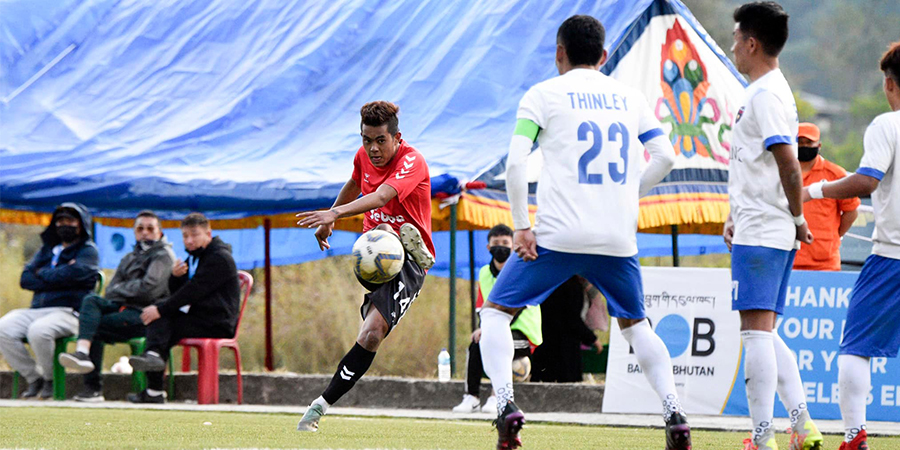 Looking at the games played so far, Thimphu City FC seem to be just one step away from being crowned the champions of the President’s Cup being played at Gyalpoizhing, Monggar. The team, who are without a single defeat, booked their place for the final after defeating their arch-rivals Paro FC, two-one yesterday. They will face Transport United FC in the final match of the tournament tomorrow. One of the biggest tournaments ever organized by the Bhutan Football Federation (BFF) in the east, seven teams took part in the tournament – played in league-and-knockout format. 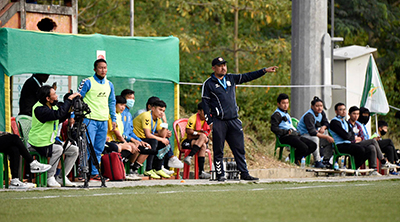 Without a single defeat in the entire league round, booking a spot for the final was a cup of tea for the runners-up team of the BoB Bhutan Premier League (BPL) 2021.

It will face Transport United FC yet again, this time in the deciding match that will crown a champion.

It defeated the latter in their previous league round clash, 3-1. Transport United defeated Druk Lhayul FC, 3-0 to reach the finals.

In the finals, no points will be given as the match will be played in a knockout format. The match can go either way as the two clubs are two of the finest in the BPL.

Two teams, Youngster FC and Sherubtse FC from the east also took part in the tournament. However, the experience, skills, and gameplay from the top BPL clubs were too much for the newcomers to make it to the top.