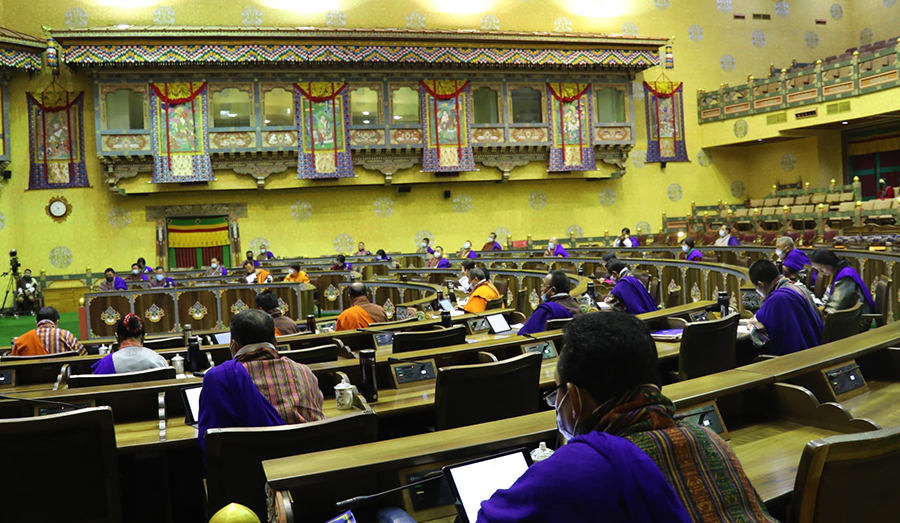 A hydropower giant, Bhutan exports about 80 per cent of its power to India. However, during winter, it imports from the country to meet its demand, costing the country millions. But if Bhutan becomes a member of the International Solar Alliance (ISA), this could change. The National Assembly discussed this today while deliberating on the Framework Agreement on the establishment of the ISA. It is an alliance initiated by India for the efficient consumption of solar energy to reduce dependence on fossil fuels.

During the deliberation on the agreement today, the majority of the members spoke in favour of the Framework Agreement. However, a few of them expressed their concerns on the possible implications.

According to the Opposition Leader, Dorji Wangdi, of about 30,000 Megawatt (MW) of hydropower capacity, Bhutan can produce at least 24,000 MW. However, he said that after becoming a member of ISA, it looks as though the country is giving priority to solar energy, sideling the hydropower.

“People in certain areas are not interested in solar energy. They claim that solar radiation dries up water and deteriorates the soil quality,” said Passang Dorji (PhD), the Member of Parliament (MP) from Bartsham_Shongphu.

Since the establishment of solar facilities would require clearing large coverage of land, the MP of Mongar constituency, Karma Lhamo, said acquiring environmental clearances and clearances from communities would hinder such establishment.

Citing the example of Ura community who refused to provide clearance for the installation of a Mega Solar project, she said, “economic affairs ministry should look into such matters so that similar things don’t happen elsewhere.”

Fearing that they would lose over 100 acres of pastureland, some 38 families are against the project. It would be equivalent to more than 70 football fields.

According to Economic Affairs Minister Loknath Sharma, Bhutan has a lot to gain through its alliance with the ISA such as promotion and development of solar technologies, assistance in undertaking studies and assessments of projects and programmes, and knowledge sharing among others.

“We are preparing to boost solar power but due to limited experts, technology, and infrastructure, we are not able to trap the power efficiently. This is a new venture and people would fear implications, but if we are a part of this, the benefits would be huge,” Lyonpo said.

The Framework Agreement has 14 articles and it will be ratified tomorrow.

Meanwhile, as per the Department of Hydropower and Power Systems (DHPS) under the economic affairs ministry, Bhutan would require an additional power supply of 190 MW this winter to meet its domestic demand.