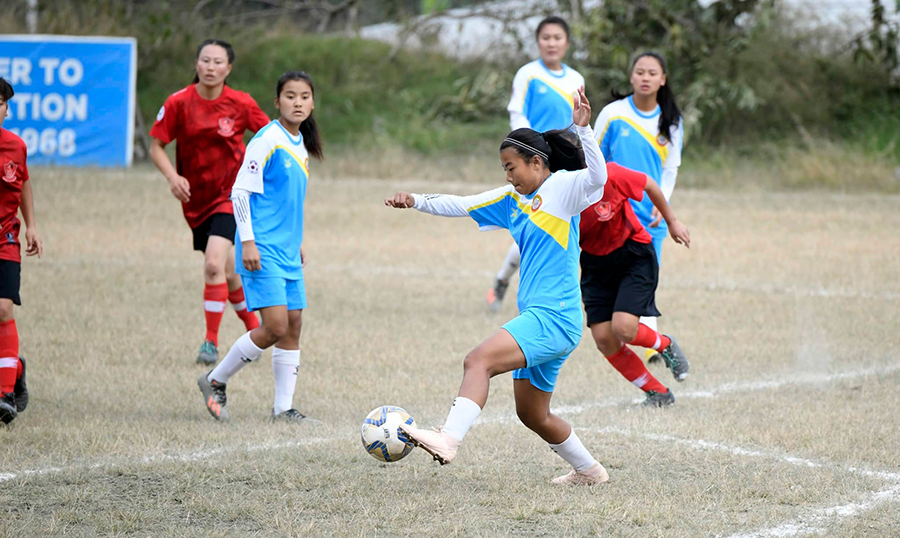 The host team could only score two goals in the first half but in the second half, they averaged a goal in every seven minutes or less hammering in seven goals.

It was a must-win situation for the home team to keep them in the title race. With the crucial win, Ugyen Academy Women’s FC are just three points shy from equaling the points with Sunrise Women’s FC. The two teams will square off in their final match of the Kelme Bhutan Women’s National Football League this Sunday.

However, to win the league title, Ugyen Academy Women’s FC must win with a goal difference of at least 2 or more. The team lost to the table leader by a goal in their first encounter.