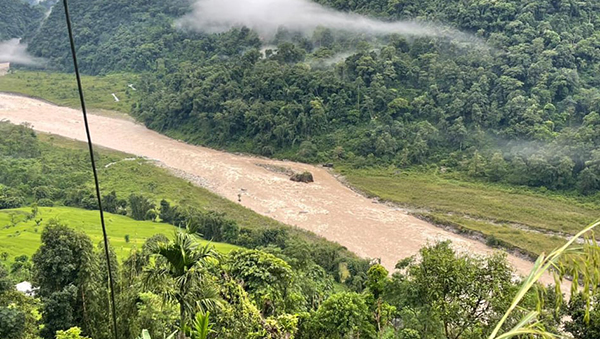 The swollen Amochhu due to the incessant rainfall washed away 26 cattle in Bangaley village under Denchukha Gewog in Samtse, yesterday. However, the Drungkhag disaster team rescued three cattle as of today.

According to the Drungkhag office, villagers residing along the river were informed of the risk associated with the continuous rainfall which was expected last week through the village Tshogpa.

35 cattle belonging to four households have been grazing on an island-like pastureland along the Amochhu for the last 20 days. The search and rescue mission has been called off for now due to continuous rainfall and poor light along the river bank. The team will however continue the search tomorrow.