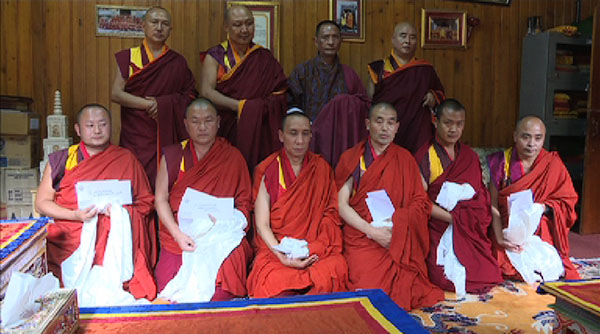 The former National Assembly speaker, Dasho Ugyen Dorji, and his family donated Nu 30 M as an endowment fund to six shedras and monasteries across the country.

The money was handed over to the representatives of the respective institutions at the Tashichhodzong this afternoon. It will be used to conduct religious rituals annually for the wellbeing of sentient beings. The six shedras and monasteries are Kanglung Shedra in Trashigang, Namdruling Goenzin Dratshang in Lhuentse, Talo Monastery in Punakha, Kotokha Rinchenling Shedra in Wangdue Phodrang, Sangchoekhor Shedra in Paro, and Tango Shedra in Thimphu.