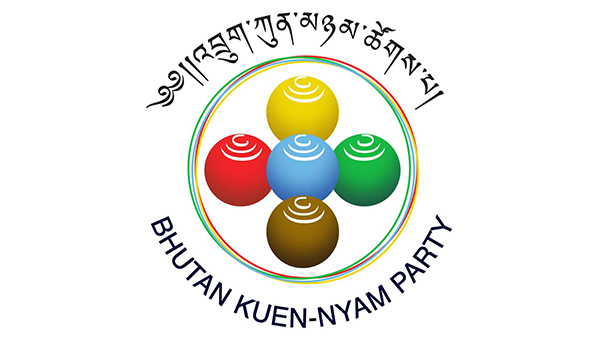 The Bhutan Kuen-Nyam Party or BKP says they will not only take part in the next parliamentary elections but will win it. This is despite the fact that the party will not get any state funding to prepare and contest for the elections in 2023.

The BKP became ineligible for state funding after it failed to secure the minimum ten per cent votes from the overall votes during the elections in 2018.

Although the party will not get state funds, the BKP says it is still determined to contest. The party said that resilience is their strength and will remain so to give a good choice to the Bhutanese democracy.

When asked how the BKP plans to get funds, the party said once a promising team has been presented, funds are the last thing on their minds.

The BKP says it intends to field a strong list of 47 candidates to form the next government worthy of good governance. The party added their candidates are a good mix of young and old, technocrats, business people, and former high-ranking civil servants.

The party however declined to comment on the rumours of having chosen a new party president.

During the third parliamentary election in 2018, the BKP won over 28,000 votes which were 9.78 per cent of the total votes cast across 47 constituencies.

The BKP received the lowest votes on both EVM and postal ballots among the four political parties that competed in the primary phase of the election.

However, this time the party is optimistic that voters will choose BKP.

During the last parliamentary election, aside from the state funds, the state also sponsored campaign materials and provided broadcast time and print media space to all political parties, totalling around Nu 30 M. Each political party received around Nu 7.5 M.

The BKP was registered as a political party in 2013.