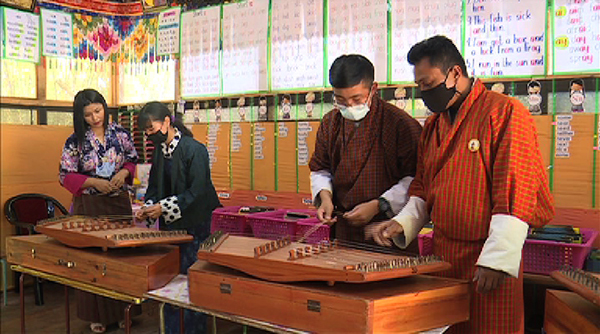 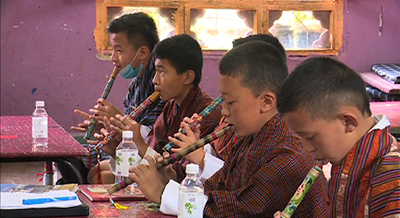 In just one week, the students learned to play dramnyen, chiwang, yangchen and flute.

“This training is very beneficial to me because I know how to play Dramnyennow,” said Tobgay.

Another student at the training, YountenPhuntsho said “I have never played such instruments in the past. Here, they are teaching us very well. I was interested in music since my childhood. It’s just that I didn’t get the opportunity to play such instruments. I am planning to teach my friends.”

“I have never played a yangchen before. I have just seen people playing it. During these five days, I have learnt to play two songs. I feel happy when I learn new songs and this motivates me to learn more songs,” said Yangden.

The Principal of the Academy, Tshering Zangmo T said “If we don’t train young people, we won’t be able to pass the skills to our younger generations. That is why we are focusing on teaching young people. We hope and believe that it will help us to preserve our traditional music.”

The Royal Academy of Performing Arts plans to make this an annual event. They said that such training will go a long way to keep traditional music and songs alive.