Bhutan in the Olympics 2020 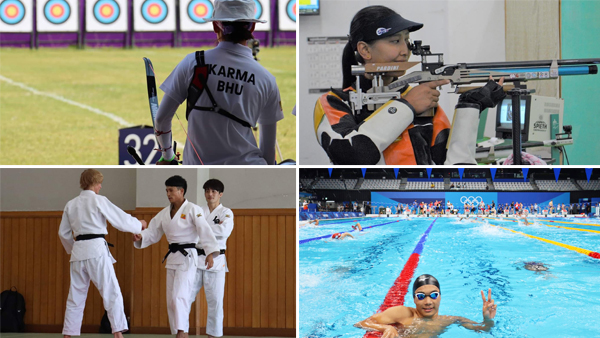 Hailed as the greatest show on earth, the Olympics will formally kick off later today. Bhutan will be represented at the 2020 Tokyo Olympic Games by four athletes and their coaches. Archer Karma and swimmer Sangay Tenzin will be the flag bearers of Bhutan at the opening ceremony.

The four athletes will compete in archery, swimming, shooting, and Judo events.

His Majesty the Emperor Naruhito of Japan granted an audience to all the international guests at the Olympic and Paralympic Games before the opening ceremony today.

For the Bhutanese athletes, the real shot at gold begins tomorrow morning, when shooter Lenchu Kunzang goes up against 55 other competitors in the 10-metre air rifle shooting event. She will have to finish in the top eight to qualify for the final gold medal event.

And in the men’s 60 KG Judo event, Ngawang Namgyel will face his Turkish opponent Mihrac Akkus tomorrow. A win will take Ngawang into the round of 16.

On Tuesday, in swimming 100-metre freestyle heats, Sangay Tenzin faces a daunting task to make the top 16 and enter the semi-finals when he goes up against 71 other athletes in the same category.

Finally, Bhutan’s medal hopes rely on archer Karma, who competed in the individual ranking round today, finishing 56th out of 64 archers. Karma will be facing India’s Deepika Kumari on Wednesday in the elimination round. Deepika finished 9th in the ranking round today.