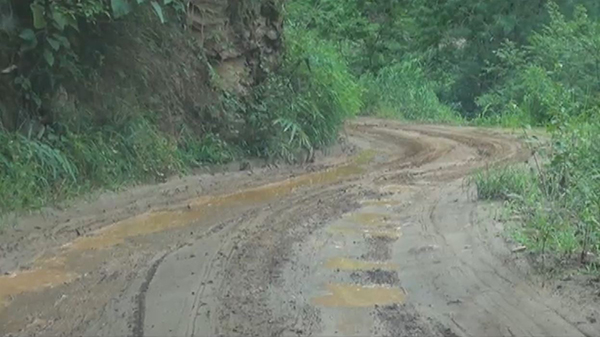 Local leaders and residents of Sergithang Gewog in Tsirang want Sergithang-Burichhu farm road blacktopped. They say granular sub-base is not durable as the road’s condition deteriorates during the monsoon every year. The issue was also discussed during the last Dzongkhag Tshogdu.

The 9.4 kilometres farm road was constructed in 2016. According to the locals, the road needs to be maintained every monsoon season. The district carried out major maintenance works, laid granular sub-base and handed over the gewog and district administration in February this year. But the onset of monsoon this year has deteriorated the road condition. Commuters say, at the moment, it is risky to travel along the road.

The farm road shortens the travel distance between Thimphu and Sergithang, Pungtenchhu, Tsirang Toed and Semjong Gewogs without having to travel via Damphu.

“I use this road when I go to Pungtenchhu Gewog but the road condition is very poor although it is laid with GSB last year,” said Purna Prasad Giri.

“Around five gewogs use this road while travelling to Thimphu and the nearby districts. But during monsoon, the road condition becomes really bad. It becomes muddy and slippery. Therefore, we would be grateful if the road is blacktopped,” added San Man Subba from Tsirang Toed.

Sergithang Gup Man Bir Rai said the gewog administration spends 50 to 60 thousand ngultrum every year to repair the road adding the only solution would be blacktopping.

“The finance minister, during his official visit to the district in March this year,  also promised to look into the possibility of allocating budget to blacktop the road. The proposal would help in following up with the finance minister.”

The members decided to forward the Dzongkhag Tshogdu’s resolution to the finance minister and Tsirang Toed-Sergithang’s Member of Parliament to allocate the budget to blacktop the road.

“It would be difficult to get a budget from Dzongkhag this year since the road was laid with GSB recently. We cannot decide on the proposal from the house since it requires a huge budget. So it would be better if the Sergithang Gup and some local leaders could consult with the finance minister about the possibility of allocating budget,” said Shiva Lal Karaiya, Tsirang Dzongkhag Tshogdu Chairperson.

As per gewog’s estimation, it would cost over Nu 27 M to blacktop the road.