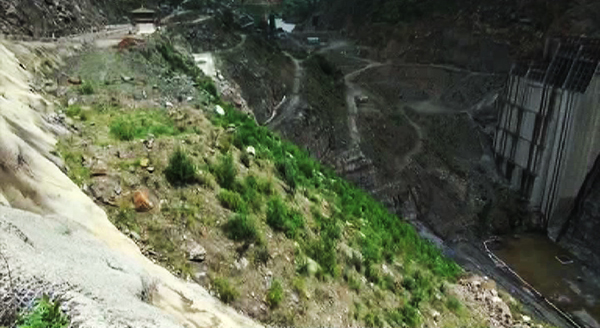 According to the project management of Punatsangchu-1 Hydroelectric Project Authority, the Authority meeting of PHPA-1, which is the highest decision-making body for the project, is expected to take a final decision on the delayed dam construction next month.

This follows a third-party review conducted by the National Hydropower Corporation (NHPC) on the holistic report submitted by the project consultants. The holistic report consists of four parts such as dam body, upstream and downstream of the dam including stilling basin and the slide of July 2013.

The dam construction, which is critical to the completion and commissioning of the 1200 MW project, has been mired in controversy ever since the slide of the entire slope of the right bank in 2013. Since then, two more major slides have occurred at the site, one in August 2016 and another in January 2019.

The construction of PHPA-I, which commenced in November 2008, was initially planned for completion in 2016. However after several failed attempts to stabilize the slide prone area at the right bank of the dam, the project completion date was pushed to 2025.

The construction of the dam, which has been hampered with geological issues, has left the future of the dam in a limbo, with escalating project costs amid delays becoming the subject of national debate and criticism.

The Managing Director, Naveen Chander Bansal, said that the project work will be continued and rumours that the project will be cancelled are not true. “The project is facing extraordinary geological problems on its dam site and both the governments are working hard to find the appropriate solutions to complete the project at the earliest.”

He added that all the construction materials are ready at the sites to continue the work as soon as the decision comes in. “As of now, our first preference remains to make the dam at the current location.”

The Managing Director said that the right bank surface movement monitoring system has also been installed and it is being monitored twenty-four hours. He said that while the movement has reduced after the implementation of stabilization works, however, it has not stopped completely so far.

Meanwhile, the power intake constructions such as underground De-silting Chambers, Headrace Tunnel, Surge Shaft and Pressure Shaft are nearing completion while the upstream Coffer Dam and water Diversion Tunnel have been completed.

The 1200MW project is the largest hydropower construction project in the country. It is being built with a budget of Nu 93.76 B of which a total of Nu 79.30 B has been spent so far. The project is a government of India funded project with 40 percent grant and 60 percent loan. The initial project cost was Nu 35 B.