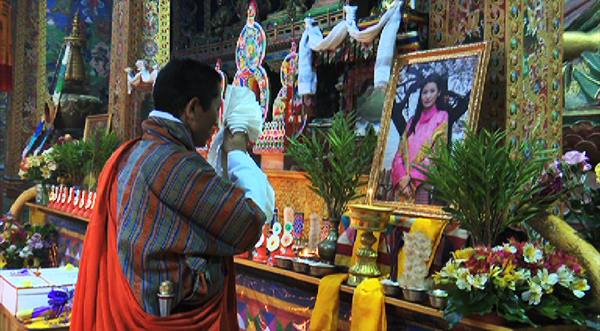 To commemorate the 30th Birthday of Her Majesty The Gyaltsuen, the government launched three programmes today. The programmes are in the field of health and the environment.

Led by the Prime Minister, the cabinet and officials began the day with the offering of butter lamps at the Guru Lhakhang in Tashichhoedzong this morning. 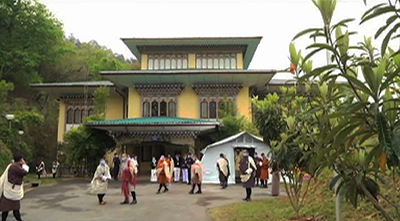 The Prime Minister announced the launch of Gyaltsuen Jetsun Pema Mother and Child Hospital in Monggar. The hospital is the Royal guest house in Monggar that has been transformed into COVID-19 hospital as per the Royal Command. His Majesty earlier commanded the hospital to be converted into a mother and child hospital after the pandemic.

Prime Minister Dr Lotay Tshering says this establishment will help the mothers in the far east to have easier access to the health facility. “The size and number of beds in the hospital may vary from the hospital we have here but equipment and professionals will be no different than the mother and child hospital in Thimphu. Until now, although all the specialists are stationed here in the capital, there is the opportunity to come here and everyone knows it is free of cost. However, it has been very difficult for the mother to travel here with their baby,” Lyonchhen said.

The government also launched a package of 20 Cardiotocography (iCTG) machines that will immensely benefit mothers to monitor the foetus during pregnancy. 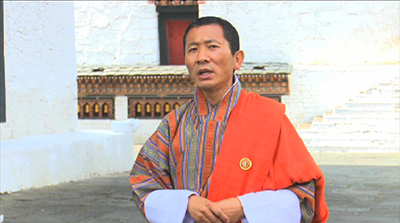 “An ultrasound is done during the final month of pregnancy. It is available in most hospitals. And now there is a technology where CTG examination can be wirelessly delivered to gynaecologist during the CTG. Their Majesties used this machine and found out to be very useful. Their Majesties, therefore, wanted this machine to be available to all people,” Lyonchhen added.

The Prime Minister also said that 20 such machines will be purchased and distributed in the 20 districts. The machine will gradually be made available throughout the country.

According to the Prime Minister, Her Majesty The Gyaltsuen has always initiated efforts in reducing and managing waste. The government will, therefore, introduce incineration to professionally manage infectious and hazardous waste from the hospital. The incinerations will be installed in thromdes, dzongkhags and gewogs.

Lyonchhen said although such wastes were taken care of properly, it was not up to the standard. 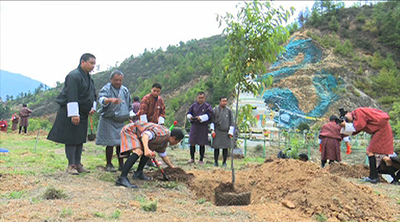 Following the butter lamp lighting and address by the Prime Minister, cabinets carried out plantation of saplings near the welcome gate in Thimphu. Members of Parliament also joined in planting the saplings at Ramtokto in Thimphu.