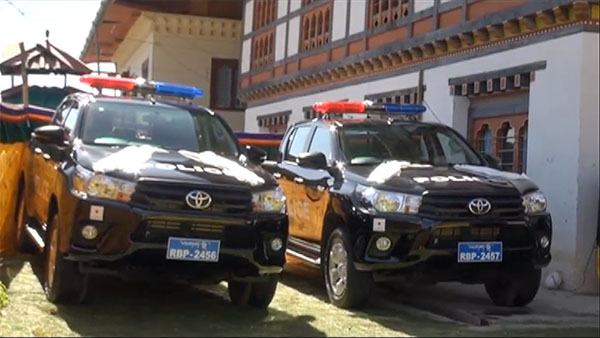 For efficient delivery of services during emergencies, the Japanese Grant Assistance for Grassroots Project of the Embassy of Japan in India donated two police patrol cars to the Royal Bhutan Police today.

The handing taking ceremony of the patrol cars took place this morning at Yadi Community Police Centre in Monggar in the presence of Economic and Development Minister Shingo Miyamoto from the Embassy of Japan in New Delhi and other delegates.

The Government of Japan has been rendering assistance in numerous fields in the country.