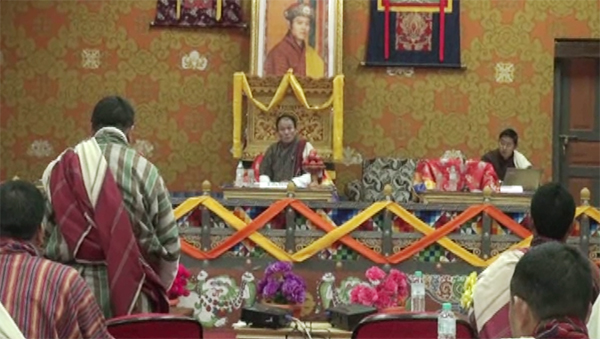 The construction of Bardo-Wama secondary highway came to standstill making people of Zhemgang question their local leaders’ capabilities. They want it to be included in the 12th five year plan for the benefit of two Dzongkhags of Zhemgang and Monggar.

The 32 kilometres secondary highway was supposed to connect Wama village of Silambi Gewog in Monggar with Khomshar village of Bardo Gewog in Zhemgang. However, the road construction came to standstill right after the completion of 1.72 kilometres cutting from Khomshar and about 2 kilometres cutting completed from Wama. The construction of road from Khomshar started in June 2018 and the same construction from Wama by the Department of Roads (DoR), Lingmethang in Monggar was started way back in 2017. But both works have been stopped since September last year.

The Dzongkhag Tshogdu ‘s Chairperson, Kinzang Jurmey said there has been too much of public pressure on the issue and local leaders are blamed for the failure to include it in the 12th plan and even accused them of not keeping hold of the construction through appeal.

“It was well planned and aimed to benefit people, and the construction was started by the previous governments. But now construction has been discontinued and people are unhappy and complained that they have lost acres of land to the construction and numerous allegations are made on us.”

The issue was also deliberated in the last special Dzongkhag Tshogdu meeting of Zhemgang and members decided to submit a detail report to the government for immediate consideration and resume the construction as early as possible.

“The present government will also look at the benefit of people as laid down in its goals and objectives, and this road is not only for Zhemgang, it will benefit the whole nation as a whole. So, we are hopeful that the government would include the project in the 12th plan with due consideration,” the Gup Kinzang Jurmey added.

Meanwhile, the Tingtibi DoR said the route is included in the road network plan for the 12th plan. But the officials have not yet received directives from the government on the project.

The estimated cost of Khomshar-Wama secondary highway is around Nu 90 M. If the construction is resumed, many people from both Dzongkhags expressed that it would connect whole central Dzongkhags with eastern Dzongkhags for shorter travel distance, which can even avoid frequent strikes and hassles of extortion via Assam. The regional economy will also see a boom.

Meanwhile, during the recent Question Hour session of the National Assembly, the Works and Human Settlement Minister, Dorji Tshering said the government has prioritised its focus on roads to narrow the gap. He added, for the convenience of the people, the government is working to complete all the projects at the earliest.