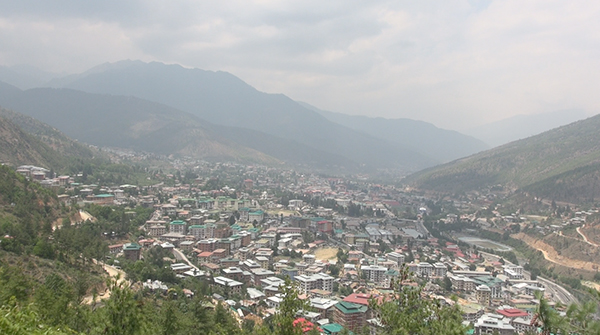 Hotel construction is on a rise lately. Growth in the tourism sector and tax exemption on imports of hotel items have led to an increasing number of people investing in the hotel industry.

Hundreds and thousands of tourist visit Bhutan every year. At present, there is a rise in the number of regional tourists especially coming in from India. With Thimphu, Paro, Punakha and Bumthang being the main tourist destinations, these places have already seen an increasing number of hotels. In Thimphu alone, there are more than 100 hotels and more new hotels are under construction.

According to the Tourism Council of Bhutan (TCB), stiff competition among many hoteliers has also led to many hotels reducing their room rates. This, in turn, has resulted in Bhutan today becoming a cheap destination for regional tourists.

“It looks like there is an imbalance in the number of arrivals and the number of hotels. The present issue is that hotels claim that they don’t have enough number of minimum occupancy. Also, there is an increasing construction of hotels happening,” Dorji Dhradhul, the Director General of TCB, said.

“We cannot recommend whether hotels should be constructed or not. Another 100 new hotels will come up within 3 years in Thimphu and Paro. In future TCB would like to have a database, with which we will be able to provide certain information to investors.”

According to the Ministry of Economic Affairs, more hotels construction, if not checked at the earliest, could lead to an economic imbalance in future and it is certainly not good for the country’s economy.

“If all hotels are not occupied, and if everyone does not get equal customers that will not be good for the economy. To the users, it will be good but this will lead to increased tourism because they can get cheaper hotels and will appear to have a positive impact but it sometimes doesn’t correlate very well in reality,” the Economic Affairs Minister Loknath Sharma said.

Presently hotel rates range from Nu 1,000 to 2,000 in budget hotels and between Nu 3,500 to over 15,000 in high-end hotels. According to the Hotel and Restaurant Association of Bhutan (HRAB) Chairman Sonam Wangchuk, the rise in the number of hotels is basically due to the anticipation of the growth of tourism in the country and because of fiscal benefits.

TCB is, however, encouraging more hotels in other places rather than the core tourist destinations. This they say will help to reduce competition and eases concentration of hotels in one particular area. There is also a need to focus more on international tourists who are the high spenders and also further market and promote Bhutan tourism internationally.