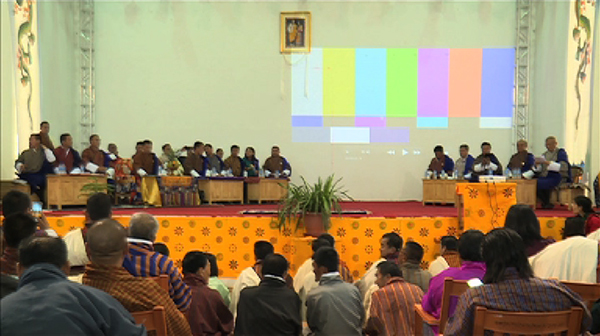 The Druk Phuensum Tshogpa (DPT) says it is all set to contest the upcoming election. All 47 candidates have been finalized and the drafting of its manifesto is in the final stages.

These were revealed at the party’s General Assembly held in Thimphu yesterday.

“We have started preparing our manifesto around four to five months back. Around ten committees have been formed and they are in the final stages of drafting the manifesto,” Dorji Wangdi, DPT’s Media Spokesperson, shared.

The party shared their experiences as the ruling party from 2008 to 2013 and later as the opposition at the General Assembly.

The members also shared their concerns over the country’s increasing trade deficit and crime among others.

“Our manifesto will be centered on resolving youth unemployment, ensuring every youth gets a job, and also uplifting the economic livelihood of the rural people,” Media Spokesperson Dorji Wangdi said.

Other priority areas include resolving social problems and issues related to women.

It will also focus on rural and urban development, and achieving national goals.