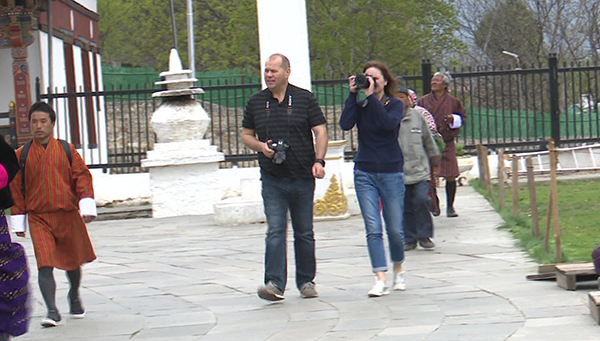 More than 250,000 tourists visited the country last year, recording the highest number of tourist arrivals so far. This is as per the Visitor Arrival Statistics report of 2017. The report was released recently by the Tourism Council of Bhutan (TCB).

TCB officials spelled out the reasons for the increased number of tourist arrivals.

“One of the reasons is arrivals from Korea played an important role last year. We got quite a number of Koreans coming to Bhutan because of the special offer that the government made,” said Damcho Rinzin, the Media Spokesperson of TCB. “Other reason is the continued promotional efforts from the Tourism Council of Bhutan in collaboration with tour operator.”

Creating awareness to potential businesses, inviting right kind of media to Bhutan and supporting international tour operators are some of the promotional strategies by TCB. Though most of the tourists have positive feedback, lack of proper roadside amenity is one of the challenges faced by the tourists.