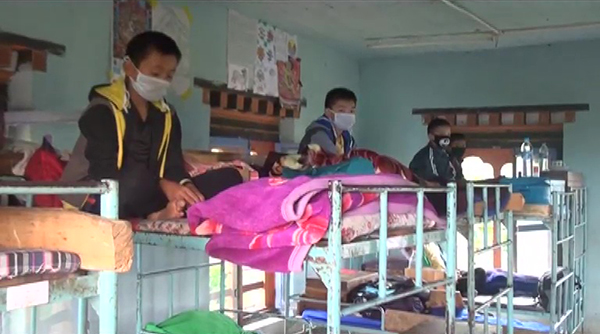 There is an outbreak of type A Influenza in Kengkhar Gewog in Monggar. Until yesterday, the Kengkhar Basic Health Unit recorded 418 cases, of which 56 are boarder students of Kengkhar Lower Secondary School. Influenza, commonly called as flu, is an acute and infectious disease of the respiratory system.

The first case of influenza A was detected on 23rd of this month. Health Officials said the shopkeepers, who came from far-flung areas to sell goods at a local festival, could have spread the disease leading to the outbreak. No fatalities have been reported so far. But as a precautionary measure, Kengkhar Lower Secondary School has remained close since Monday. Infected students have been isolated in a room in the school. Health Officials said the outbreak is now under control.

“The health team comprise of general doctor, health assistant of BHUs and lab technician from Mongar Regional Referral Hospital have visited the outbreak site and carried out preliminary investigation for current outbreak,” said Dr. Thinley of Gyaplpoizhing BHU. “General public and all the affected people are provided with basic treatment and they were also provided with awareness.”

He said influenza is a contagious viral disease and occurs with seasonal variation. 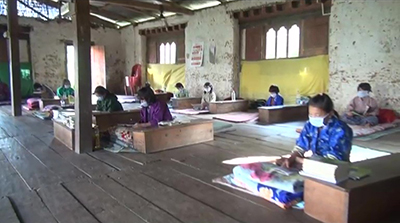 “Influenza is one of the common infectious diseases. It’s contagious and occurs in the form of seasonal epidemics. Its signs and symptoms include cough and other respiratory symptoms: sore throat, arthralgia, myalgia, headache, ocular pain and the patient might even present with red and watery eye,” added Dr. Thinley.

Washing hands with soap, wearing mask, and avoiding crowded places are some of the basic preventive measures.