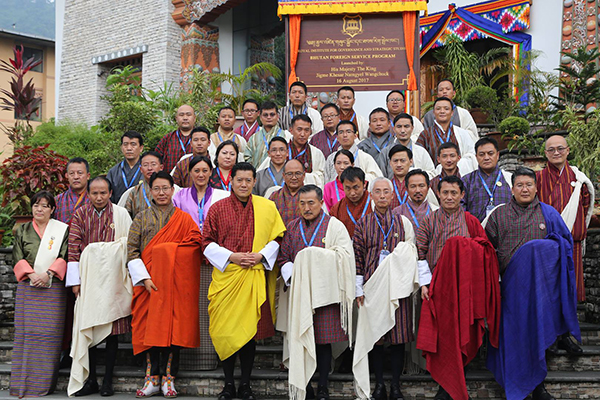 His Majesty The King graced the launch of the Bhutan Foreign Service Programme at the Royal Institute of Governance and Strategic Studies in Phuentsholing yesterday.

The inaugural course is being attended by 28 Foreign Service officers of varying ranks and responsibilities, and serving both at the headquarters and missions abroad.

The RIGSS was established to provide a forum to train both incumbent and potential leaders in all major areas of nation building as envisioned by His Majesty the King. The institute’s first, flagship course, the Senior Executive Leadership Programme, was launched in 2013.

In the evening, His Majesty granted an audience to the regional heads of various government agencies based in Phuentsholing, and later visited the Amochu Land Development and Township Project.