Bhutan to have 56 bridge experts in three years 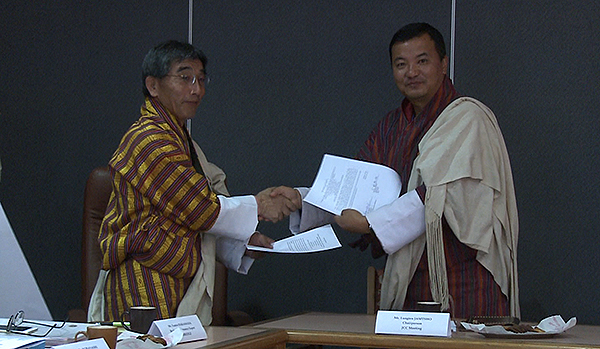 In three years time, Bhutan will have 56 bridge experts. Ten experts from Japan International Cooperation Agency (JICA) will be training engineers with the Ministry of Works and Human Settlement (MoWHS).

An agreement between JICA and MoWHS was signed in Thimphu, today. According to the agreement, the engineers will be trained on planning, designing, construction and maintenance of bridges.

The Executive Engineer with the Department of Roads, Rinchen Khandu said the project will produce qualified bridge engineers in the country.

Out of 272 bridges in the country, a half of them are temporary bailey bridges.

JICA said the concrete and steel permanent bridges built 40-50 years ago have deteriorated due to lack of maintenance and that bridges built in 1970s and 1980s have outlived their designs.

“There is no specification for the Bhutanese bridges. I feel even the existing capacities and the surface of the concrete is not beautiful. The construction work is poor,” said JICA Expert, Keigo Konno.

The engineers will also be invited to attend two week training in Japan.