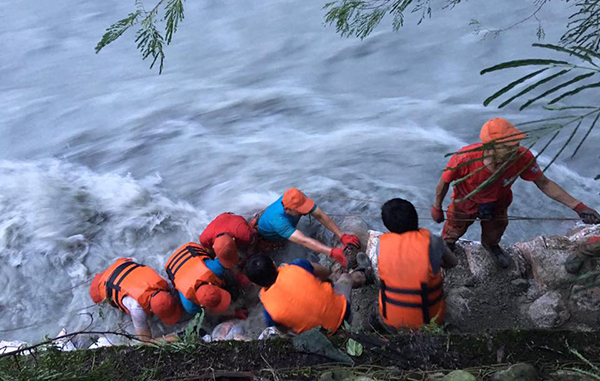 His Majesty The King visited the Pasakha Industrial Estates and Dhuti River areas to inspect the damages caused by the monsoon and consequent landslides, yesterday. At the same time, hundreds of people continue to spend sleepless nights to mitigate the impact of Amochhu and Dhuti River flooding in Phuentshogling. 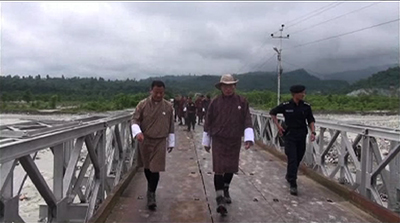 Meanwhile, Prime Minister Tshering Tobgay visited the Budhini Bridge site in Samtse to assess damages and monitor restorative works yesterday afternoon. The Department of Roads announced that should the weather improve, a temporary bridge over the river could be ready by this weekend. Today, with the bridge gone, the Samtse-Sibsoo Highway remains closed to traffic. 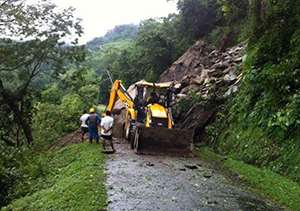 Works and human settlement secretary, Phuntsho Wangdi said there is not much concern since people on the other side of the bridge can procure supplies and provisions from India as they can use the Indian Highway. “However, we have to restore the important structures like bridges.”

The Department of Disaster Management (DDM) said the country experienced its biggest disaster in southern dzongkhags in recent times. The Dagana Highway remains closed due to blocks at two different sites. The rainfall caused major slides at Chengala, about 77 kilometres before Dagana and Bedilum and 37 kilometres. The blockage is expected to be cleared today. 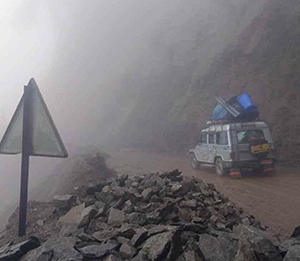 Lhamoidzingkha Dungkhag also remained cut off from the rest of the country.

In eastern Bhutan, the Samdrup Jongkhar-Trashigang Highway which was closed following a landslide at Shikpashing, 50 kilometres from Samdrup Jongkhar is now open to traffic.

The Samtse-Phuentshogling Highway also suffered serious damages and rain triggered landslides. In Gasa, the dzongkhag administration is carrying out mitigation works following risks of landslides below the Gasa Primary School. 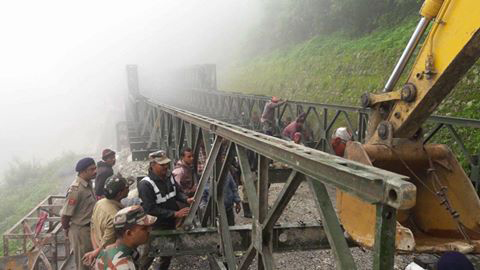 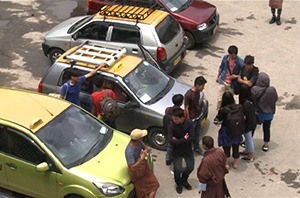 While reports of monsoon damages continue to pour in, some taxi drivers in Thimphu were penalised after charging exorbitant fares from those travelling towards southern Bhutan.

The Prime Minister is urging people not to be overwhelmingly worried by the disasters the country is experiencing today. He said the government is doing its best in times like this. 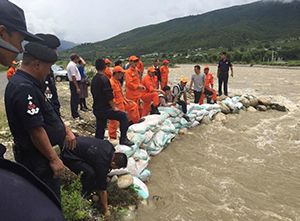 In Paro, temporary river protection walls were constructed following increase in water levels. The river is said to have touched the warning level of 4.4 metres as of yesterday morning. Today, given the improvement in the weather Pachhu receded.

Health officials in Thimphu are sharing their concerns on the risk of water borne disease outbreak due to the monsoon and cautions people to maintain proper hygiene.

People are being advised to drink boiled water and report to the nearest clinic if any disease has been reported.

Meanwhile, meteorologist predicts light to moderate rainfall in the next two days in southern Bhutan. The recent heavy rain was caused by a shift in the monsoon Trough from the Bay of Bengal to the southern parts of the Himalayas.

The last Bhutan experienced heavy rain was in July 2007. Senior meteorologist, Tayba Buddha Tamang said the forecast is subject to change and sometimes the weather intensifies while at other times, it weakens.