14 households evacuated to safety in Gelegphu 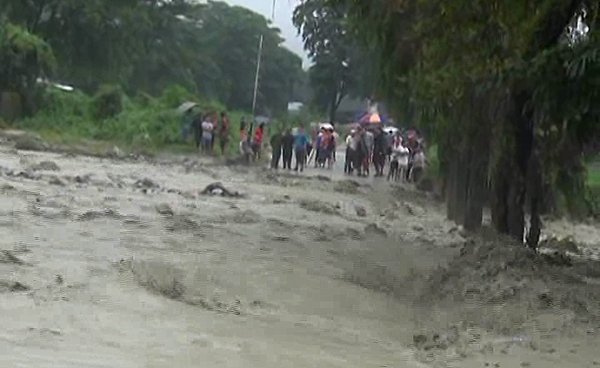 The relief and rescue team evacuated 14 households to safer ground after the Setikharey stream in Gelegphu overflowed and changed its course, today. It started overflowing at around 5 AM.

Volunteers from Royal Bhutan Army, DeSuups, officials and locals helped the evacuation process. The stream was diverted within a few hours after deploying machines and volunteers.

The rainfall last night also flooded the Indo-Bhutan border gate area. It started to subside by lunch time once it stopped raining.

People living nearby were also evacuated for safety. Save for a few damaged electricity poles, no casualty or major damages were reported following the flash flood.

As per the weather forecast from the Department of Hydro-Met Services, heavy rain is expected in Samtse, Sarpang and Phuentshogling during the next 24 hours.